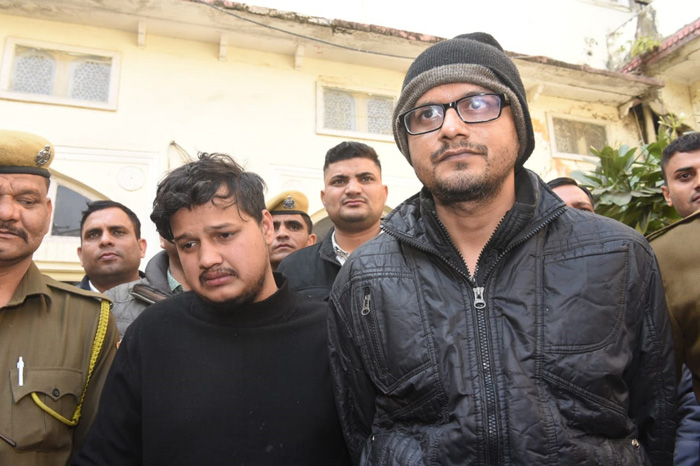 Jaipur: The police have solved the heinous murders of Shweta Tiwari and her 21-month-old son Shriyam Tiwari. It turned out to be a supari killing. Shweta's husband Rohit Tiwari was arrested after it came up during investigation that he hired a UP-based contract killer to murder his wife and son. The contract killer, identified as Sourabh Choudhary, was also arrested.

Rohit was the prime suspect in the crime ever since the body of Shriyam Tiwari was found, but the police was initially confused because Rohit who is an IOCL Manager currently posted at Jaipur Airport was on duty when Shweta was murdered and Shriyam kidnapped. His alibi held up, but an intense investigation by the police confirmed his role. It turned out that it was 'supari' killing. He allegedly confessed and told the cops that he paid money to Sourabh Choudhary, a resident of Agra, to murder his wife and son.

Rohit wanted to get rid of his wife and marry someone else, so he decided to kill not only his wife, but the son also.

Police commissioner Anand Srivastava said that Rohit didn't have a cordial relationship with his wife ever since they got married in 2011. The relationship took a turn for the worse when Shriyam was born because the child could hamper his plans to remarry.

On Tuesday, Sourabh murdered Shweta in her rented flat in Unique Tower of Jagatpura and kidnapped her son. He then killed the child also and dumped his body in bushes near the apartment building in Jagatpura.

The parents of Shweta had accused Rohit of harassing and threatening their daughter.

“Rohit called us a couple of days ago and threatened that he would kill our daughter. I never thought even in my wildest dreams that he would actually act on it. Shweta had a son almost seven years after the marriage. She lived for the boy,” the father told media persons.

Shriyam was the son of Rohit Tiwari – a resident of Delhi, who is posted as IOCL Manager at Jaipur Airport. Rohit’s wife Shweta who was murdered by the kidnappers belonged to Kanpur in Uttar Pradesh.