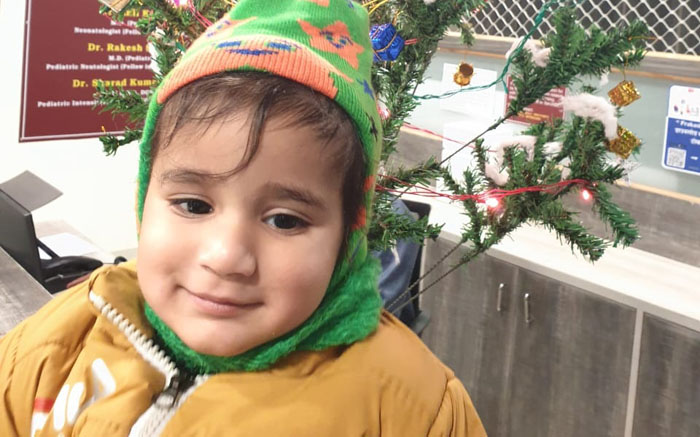 Jaipur: A day after Shriyam Tiwari – a 21-month-old boy – was kidnapped from a Jagatpura flat by unidentified men, his body was found lying in bushes near the apartment building. The kidnapper(s) had murdered his mother – Shweta Tiwari before taking away the boy. It is suspected that the boy was murdered immediately after the kidnap . The latest development shocked the police which had rushed teams to several places in search of the kidnappers. The family members of the boy were inconsolable.

The parents of Shweta who arrived in Jaipur from Kanpur on Wednesday accused Rohit of harassing their daughter during the past few months.

“Rohit called us a couple of days ago and threatened that he would kill our daughter. I never thought even in my dreams that he would actually act on it. Shweta had a son almost seven years after the marriage. She lived for the boy,” the father told media persons.

According to preliminary reports, the body of Shriyam Tiwari was found lying in bushes at an isolated place a few hundred meters from the apartment building. Shriyam had been kidnapped from flat number – 103 of Unique Towner on Tuesday evening.

“The body has been found. We have sent it for a postmortem examination. Further investigation is going on,” said a police officer.

Shriyam was the son of Rohit Tiwari – a resident of Delhi, who is posted as IOCL Manager at Jaipur Airport. Rohit’s wife Shweta who was murdered by the kidnappers belonged to Kanpur in Uttar Pradesh.

The parents have complained to the police about the harassment.

When the maid came to the flat around 5 pm on Tuesday, she found the entrance door open. In the bedroom, she found Rohit’s wife Shweta Tiwari lying in a pool of blood. Her throat was slit.