Shopkeepers, employees to take half-day off for voting in Jaipur

Home » City Reports » Shopkeepers, employees to take half-day off for voting in Jaipur 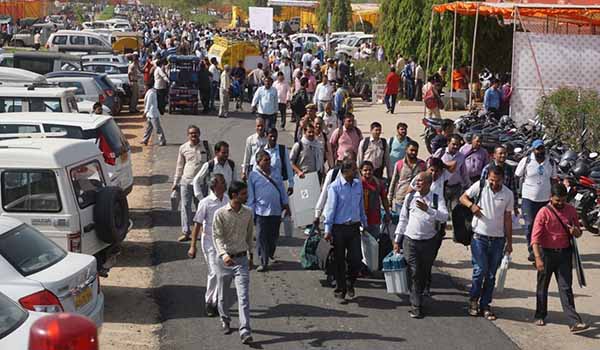 Jaipur: To encourage voting in the fifth phase of Lok Sabha polls in Jaipur, many traders and industrial associations have declared half-day off. They are encouraging shopkeepers and employees to reach polling booths for voting.

The industries associated with FORTI have 15 lakh employees. The industries have declared a leave for these employees so that they can vote in the elections.

Jaipur Vyapar Mahasangh president Subhash Goyal said that there are 23 markets associated with the organization in the city. Most of them are in the Walled City.

“We have asked all the traders in these markers to take half-day off and vote. The voting is the right as well as the duty of every citizen in the country. We don’t want traders to miss voting,” said Goyal.

The traffic department has also announced some changes in the traffic routes on Monday when the polling booth officials will go to Commerce College and Rajasthan College to deposit ballot boxes. The polling parties will then go to Bhawani Niketan School to hand over voting materials.

“We will put some restrictions on the roads leading to these two places,” said a traffic department officer.