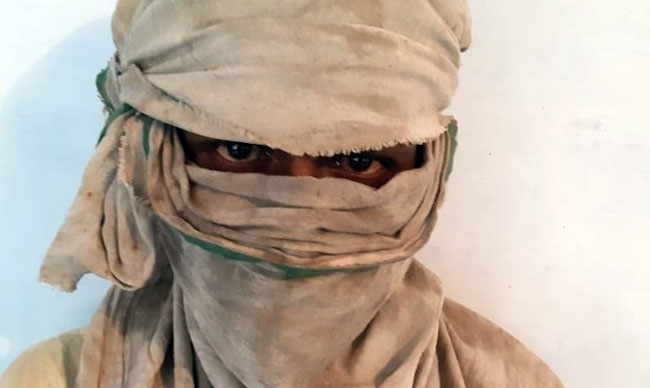 Jaipur: Sikandar alias Jeevanu who was arrested for raping a 7-year-old girl in Shastri Nagar area of Jaipur had sexually abused nearly 65 people including 25 children and 40 men and eunuchs. He is a habitual sexual offender imprisoned for life in a 2014 murder and rape case. However, he managed to get bail on the basis of bogus documents claiming that he was to get married. The arrest may expose a racket of fraudsters who professionally help criminal get bail based on bogus claims. They act as guarantors in court documents.

Taking advantage of lax legal process, Sikandar grew so fearless that he started keeping guns in his possession and used them for threatening his victims. On July 4, he stole a bike from Jaipur and rode to Kota. He stopped at a liquor shop near Devali in Tonk district. Something triggered a dispute with the shop manager. Despite being chased by the police, Sikandar opened fire at the manager and robbed Rs 20,000 and jewellery from him.

“He has confessed to abusing at least 65 people. The majority of his victims were males and eunuchs. He sexually abused 25 children. He is a habitual sex offender,” said a senior police officer.

Jaipur police arrested Sikandar alias Jeevanu from Kota on Saturday. The probe revealed that he had been involved in sexual offenses since he was a teenager. He was sentenced to life imprisonment for rape and with a minor girl in 2014. After he was released on bail in 2015, he started sexually abusing children again. He raped two girls in Shastri Nagar and Nahargarh within a period of just 8 days, causing widespread protests and communal tension in the city.