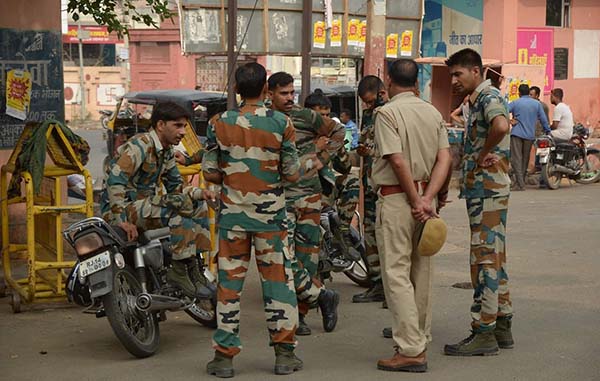 Jaipur: The ban on the mobile internet services to prevent the spread of rumours in the girl rape case will continue for 24 hours, according to the police. The ban will be effective in the jurisdictional area of 13 police stations of the city.

Internet services had been snapped on Tuesday after tension escalated over the rape with a 7-year-old girl in Shashtri Nagar area. Police officials said that the law and order situation was under control, but they have decided to extend the ban as a precautionary measure. Heavy police force has been deployed in communally sensitive areas.

The local residents protested outside Kanwatia Hospital following rumours that the girl had died. Some anti-social elements damaged cars parked outside several homes in the area and also uprooted water pipelines, escalating tension.

Police officials said that no untoward incident was reported on Wednesday, but they have decided to extent the ban on internet for 24 hours. The situation is under scrutiny and the decision to withdraw the ban will be taken after evaluating the law and order situation on Thursday.

The police appealed through their official social media handles that the girl was alive and perfectly fine. They appealed that the people should maintain peace and harmony. Some people are spreading rumours of her death. The police would take action against rumours mongers, the cops warned.