The counting at Ramgarh constituency began at 8 am on Thursday and the Congress party was leading from the first round. Shaphia was pitted against BJP’s Sukhwant and BSP’s Jagat Singh. 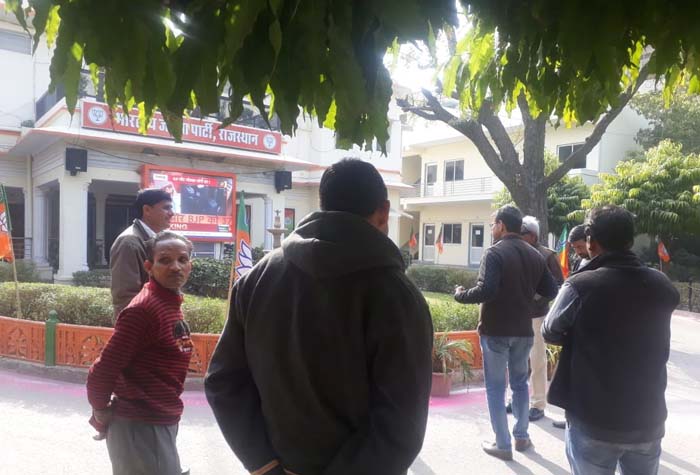 Jaipur: Shafia Zubair Khan of Congress won the Ramgarh seat in Alwar district in the assembly by-elections on Thursday. The results were announced before noon. Shafia defeated the BJP candidate by a margin of 12223 votes.

The counting at Ramgarh constituency began at 8 am on Thursday and the Congress party was leading  from the first round. Shafia was pitted against BJP’s Sukhwant and BSP’s Jagat Singh.

The polling in Ramgarh went off peacefully on Monday. The constituency recorded a high voter turnout of around 80% on the polling day.

Shaphia’s win has brought the Congress tally in Rajasthan to 101. Now the Congress has a clear majority in the state.

The voting took place at 278 polling booths. Heavy security arrangements were made at each polling booth and the assembly constituency area. Nearly 3000 jawans of paramilitary forces were deputed to ensure peaceful voting.

There are 20 candidates in the fray and the fight is primarily between Shafia Zubair Khan of Congress, Sukhwant Singh of BJP and Jagat Singh of BSP.

The Rajasthan assembly elections in rest of the 199 constituencies took place on December 7 and the results were announced on December 11, 2018.

The Congress won 100 assembly seats and formed the government while the BJP won 72 seats. Ashok Gehlot was appointed the chief minister.

The BSP candidate Laxman Singh (62) died of a cardiac arrest on November 29, 2018. He was supposed to contest the election from Ramgarh seat of Alwar district in Rajasthan. Due to Singh’s demise, the election in the constituency was postponed.