The program ‘Shahadat Ko Salaam’ is being organized by the state government in the association with the Border Security Force (BSF) and Indian Army to illuminate patriotism among people and to pay homage to the brave martyrs. 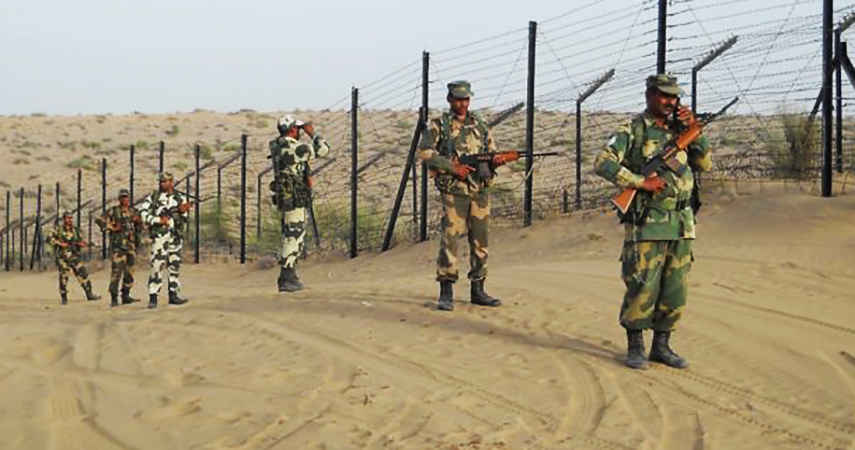 Jaipur: A human chain of 5 lakh people will be formed in border districts of Rajasthan under the state government-sponsored program ‘Shahadat Ko Salaam’ on August 14, a day before Independence Day. This long human chain will spread over an area of 700 km in Sri Ganganagar, Bikaner, Jaisalmer and Barmer districts along the India-Pakistan border.

The program ‘Shahadat Ko Salaam’ is being organized by the state government in association with the Border Security Force (BSF) and Indian Army to illuminate patriotism among people and to pay homage to the brave martyrs. The program will start from Bikaner at 11 am followed by other three districts.

During the event, patriotic songs will be played and folk artists will perform at various places. All the participants will carry national flags and tricolor balloons in their hands to mark this historical event. The human chain of 5 lakh people will start from Bikaner at 11 am.

Preparations are in full swing and residents of bordering districts are being encouraged to participate in the event. Indian flags are being distributed by the administration to all the households in these districts. People are being requested to hoist Indian flag on their rooftop during the event.

People will sing National Anthem at 1 pm in all these districts simultaneously. Chief Minister, Vasundhara Raje, is expected to do an aerial tour of the areas where the human chain will be formed. She will pay tribute to the brave soldiers who have sacrificed their lives for the country.

She has requested everyone to be a part of this human chain with full enthusiasm. More than 6000 buses will transport a large number of people to various places in the bordering districts to participate in the program.

Facilities such as ambulances, doctors, food and water will be available at every 3km.

Subscribe to WhatsApp updates for Jaipur News Click on the following link(s) to find the latest & related stories on: Shahadat ko salaam program and Independence Day