Sadhvi didn’t talk to media persons saying that she was observing ‘Maun Vrata’. The police team did a physical verification and returned from the ashram. 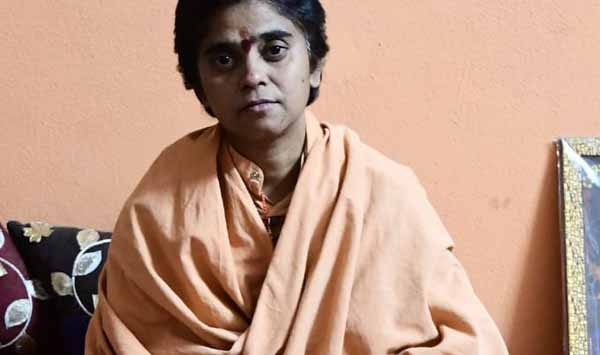 Sadhvi Samdarshi at her ashram in Jamdoli on Thursday

Jaipur: A Kanota police station team visited Jamdoli-situated ashram of Sadhvi Samdarshi on Thursday for a physical verification in connection with the sexual harassment case lodged against her. The investigation began nearly a month after a complaint was registered against Sadhvi for for allegedly trying to form homosexual relationship with her pupils.

Sadhvi didn’t talk to media persons saying that she was observing ‘Maun Vrata’. The police team did a physical verification and returned from the ashram.

The police officials said that further investigation in connection with the case is still going on. The statement of the girls who has accused Samdarshi of sexual harassment will be taken. The statements will also be recorded before a magistrate. 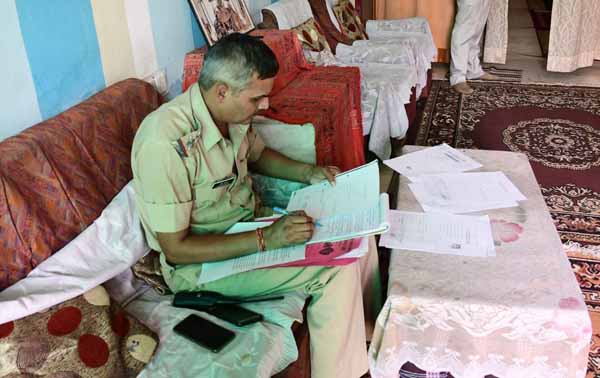 The FIR was registered with Kanota police station on September 19; however, the cops didn’t take any action.

The victims alleged that Sadhvi forced them to do indecent acts. The accused Sadhvi Samdarshi is a preacher and runs an ashram named ‘Shri Shakti Peeth’ in Jamdoli. Girls of different age group study and live in the ashram. Sadhvi preaches that girls are a face of goddess and they should be worshipped and respected.

Police had earlier inspected the ashram and found 16 girls brought to the ashram from Tripura. Their age was between 6 years to 16 years. Police rescued those girls from the ashram.

The head of state child welfare committee Narendra Sinkhwal said that there were allegations on and the counselling session was conducted for the students. All the students living or studying in the ashram were sent to their home on Tuesday.