Serene Nahargarh fort in Jaipur to get a sunset point

Benches to be set up at a particular place in the fort complex. 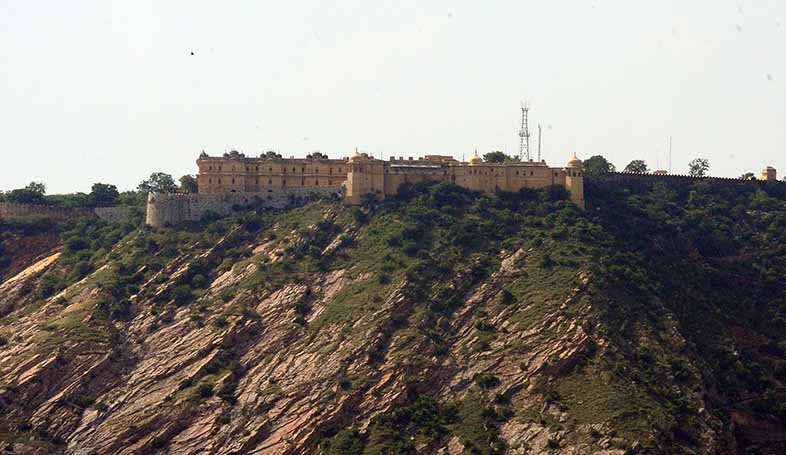 Jaipur: Nahargarh fort, one of the most popular destinations among local as well as global tourists, will soon get a sunset point.

The Department of Archaeology and Museums has decided to set up benches at a particular place in the fort complex. Visitors will be able to comfortably enjoy spectacular views from this place. Construction of this sunset point is a part of the project to develop night tourism at this scenic fort. Built in 1734 by Maharaja Sawai Jai Singh II, the founder of Jaipur, the fort was constructed as a place of retreat.

Apart from this sunset point, the fort will also get a zipline soon. The zipline concept has worked well in other royal forts of Rajasthan, including Neemrana in Alwar and Mehrangarh in Jodhpur.

With the new plan, Nahargarh will get its own adventure sports facility. Zipline tours involve zipping visitors from one point to another at a lower altitude through a strong steel cable setup.

There is a mechanism to let a person control the speed at which he wants to go and one can experience incredible views of the majestic structures.

Nahargarh Fort attracts many tourists every day hence this proposed zipline route would give the visitors a unique and enthralling experience. The fort will also get a visitor as well as a baby feeding room which will be set up near the booking counter.

The fort was also in news last year when the Jaipur Wax Museum, which has wax sculptures of around 25 personalities, was inaugurated by Bollywood actor Govinda.

The fort stands on the edge of the Aravalli Hills and along with forts of Amer and Jaigarh once formed a strong defense ring for the city. The fort was originally named Sudarshangarh, but it became known as Nahargarh, which means ‘abode of tigers’.

It is believed that Nahar here stands for Nahar Singh Bhomia, whose spirit haunted the place and obstructed construction of the fort. Nahar’s spirit was pacified by building a temple in his memory within the fort, which thus became known by his name.