Separated from children, woman commits suicide by jumping in front of train 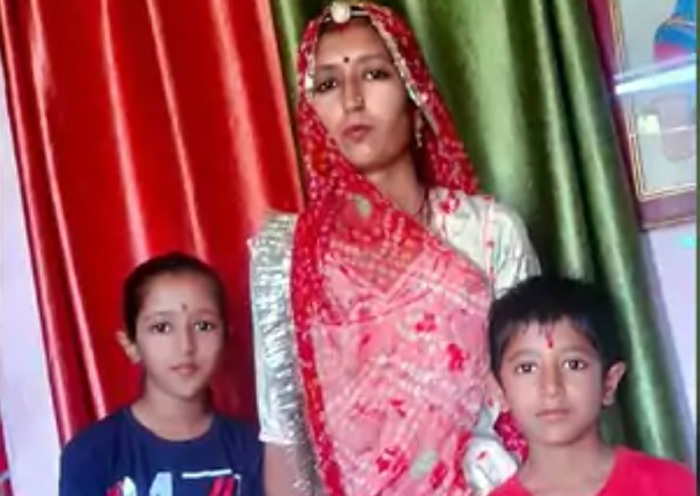 Jyoti with her children.

Jaipur: The woman – wife of a police head constable – who committed suicide by jumping in front of a moving train in Pali district on Wednesday, had registered complaints against her husband repeatedly. She ended her life when no action was taken.

The woman, identified as Jyoti Kanwar, had registered complaints against her husband and in-laws when she was forcefully separated from her children, but the cops didn’t take any action. Unable to bear the pain of separation, she ended her life, according to preliminary reports.

Jyoti was the wife of Raghuraj Singh Rajput, posted as a head constable in Rajasthan police. She had lodged complaints against her husband with three different police stations, but she didn’t get any justice. Instead of taking action, the police sided with the accused husband.

She told her in-laws that she wanted to see her children and couldn’t bear to live separated from them. The in-laws did not pay heed. Jyoti’s last rites took place on Thursday evening. The woman’s family members alleged that her in-laws tortured her for dowry. Jyoti Kanwar had lodged a complaint with the Industrial Police Station in Pali in 2015.

A few days before committing suicide, she had approved Bhilwara and Pratapnagar police also (Udaipur). She had narrated her plight to Bhilwara SP. When her children were taken away from her, she went into depression and eventually had to commit suicide.