Vijay Das had been rushed to the Delhi hospital due to his critical condition. He had sustained more than 80% burn injuries. 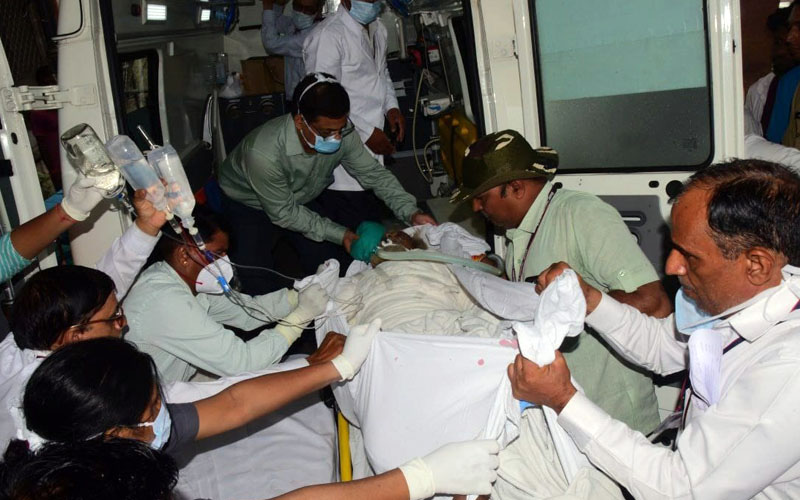 Seer Vijay Das was rushed to a Delhi hospital from Jaipur due to his critical condition. File Photo..

Jaipur: Seer Vijay Das, who set himself on fire over illegal stone mining in the Kaman area of Bharatpur district in Rajasthan, succumbed to burn injuries at a hospital in Delhi on Saturday.

Vijay Das had been rushed to the Delhi hospital due to his critical condition. He had sustained more than 80% burn injuries.

Hundreds of seers from the Brij region have started gathering in Barsana – which was the epicenter of the protest. The seers have been protesting for nearly two years against the illegal mining which they alleged was destroying the heritage and religious sites of the Braj region.

The last remains of the seer would be brought to Barsana where final rituals will take place.

Vijay Das had put himself on fire on July 20. The police tried to douse the fire, but he had sustained serious burns by that time. He was rushed to a hospital in Jaipur from where he was referred to Delhi due to his critical condition.

Rajasthan chief minister Ashok Gehlot had directed the administration and officials of various departments including police, mining and revenue to rein in the mining mafia after the incident.

The BJP, however, accused the Congress government of being hand in glove with the mining mafia. Senior BJP leaders in the state said that the self-immolation by a seer was an example of the government’s negligence and lawlessness in the state. Vijay Das was a resident of Haryana.

Follow @ThePinkcityPost
Click on the following link(s) to find the latest & related stories on: Illegal mining in Rajasthan