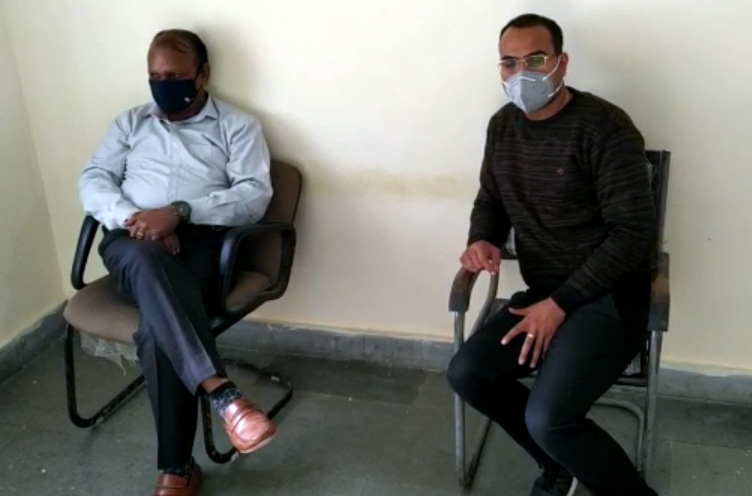 Jaipur: Rajasthan anti-corruption bureau (ACB) arrested its own officer after he was allegedly caught taking a bribe of Rs 80,000 from a district transport officer (DTO) in Sawaimadhopur on Wednesday. DTO Mahesh Chand was also arrested for offering bribe.

DySP, ACB Bherulal Meena allegedly demanded monthly payments from the heads of various departments in the district for not initiating an anti-corruption investigation against them.

The ACB officials in Jaipur had been receiving complaints against him for the past few months. After verifying these complaints, the trap was laid and the accused officer was arrested under various sections of the Prevention of Corruption Act.

“We are investigating which other departments he used to receive monthly payments,” said Soni.

ADG, ACB Dinesh MN said that the agency headquarters had been receiving complaints against Meena for the past 2-3 months.

“We verified the complaint and a trap was laid. A team led by Add SP ACB Pushpendra Singh went to Sawaimadhopur from Jaipur to organize the trap,” said Dinesh MN.

He added that Meena was caught red-handed accepting Rs 80,000 from Mahesh Chand. DTO was also arrested as both accepting and offering bribe are an offense under the Prevention of Corruption Act.

“Meena and Mahesh Chand were arrested. We are carrying out searches at his residences, offices and other places belonging to them. Further investigation is going on,” said the officer.