The death came a day after another tiger died after being trapped in an iron fencing in Sariska Tiger Reserve. 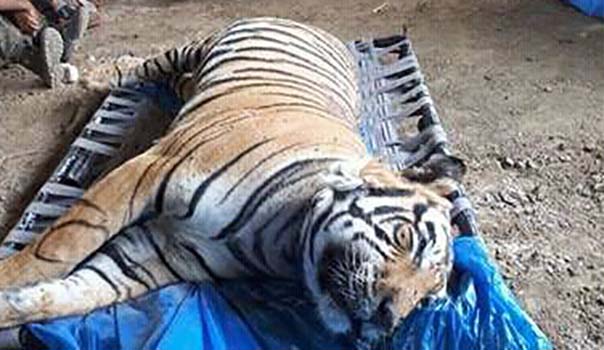 Jaipur: A tiger died in Ranthambore National Park in Sawai Madhopur after a forest department team tranquilized him. The team was trying to rescue the tiger from a mob of angry villagers. The tiger, popularly known as T-28 was, was about 13 years old, not healthy enough to cope with the effects of the drug used in tranquilization. Once he was trapped by the team, he never gained consciousness. He later died.

The death came a day after another tiger died after being trapped in an iron fencing in Sariska Tiger Reserve. Wildlife lovers cried foul saying that the negligence of authorities was quite evident in both the incidents. In the Sawai Madhopur case, the team had no option other than to tranquilize the tiger because he had been surrounded by the mob and the villagers were trying to kill him, officials said.

On Tuesday, T-28 entered an agriculture farm. As soon as the villagers came to know about it, they gathered around the farm and tried to corner the tiger. T-28 was already injured and could have become violent. As the forest department officials came to know about the situation, they rushed a rescue team led by doctors to the spot. 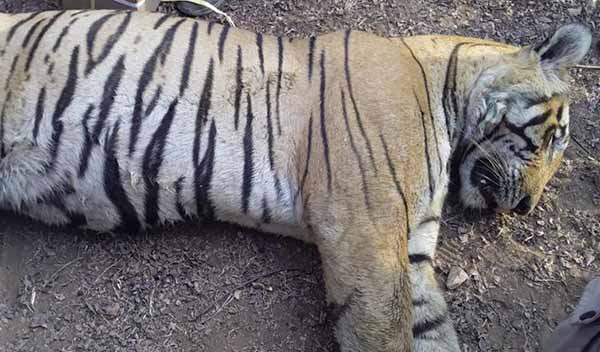 The tiger was first spotted at 9 am. As the news spread throughout the nearby areas, the villagers gathered in huge numbers. The forest department teams repeatedly pleaded with villagers to leave the area, but they didn’t. The officials assured the villagers as they would be compensated for any loss of crop, but they didn’t listen. They even hurled stones on the members of the rescue team. The tiger sustained injuries.