Sharma never shied away from speaking his mind during his 37-year political career even if it caused discomfort to the senior leaders in his party. 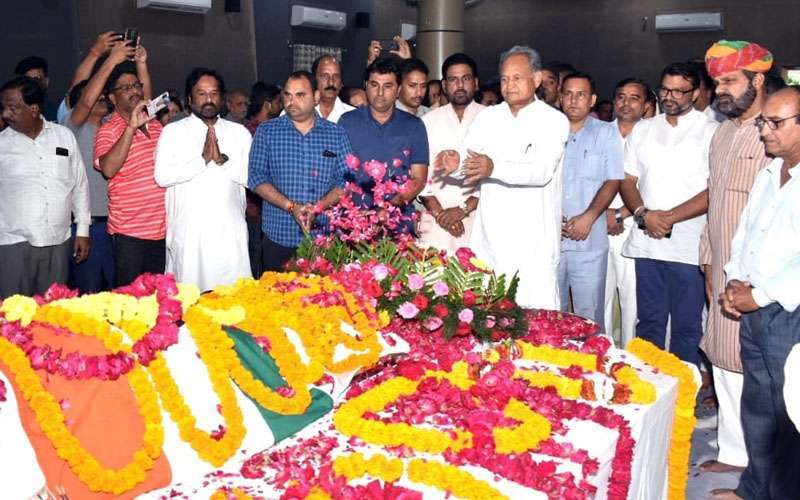 Bhanwarlal Sharma passed away on Sunday.

JAIPUR: Senior Congress leader and MLA from Sardarshahar constituency in Churu district Pandit Bhanwarlal Sharma passed away on Sunday. Sharma breathed his last at SMS Hospital in Jaipur. He was admitted to SMS Hospital on Saturday evening.

Sharma never shied away from speaking his mind during his 37-year political career even if it caused discomfort to the senior leaders in his party. The Congress suspended him for calling Rahul Gandhi a clown. He was a grassroot level leader.

Bhanwarlal Sharma had been struggling with health-related issues including kidney ailments for the past several days. Earlier he was also admitted to Medanta Hospital in Gurgaon. His condition deteriorated on Saturday following which he was admitted to SMS Hospital. He passed away on Sunday morning.

Seventy-seven-year-old Sharma started his political career in the 60s when he was elected as a sarpanch. He was a seven-time MLA from Sardarshahar constituency. He won five consecutive terms. Before joining Congress, he was associated with Janata Party.

Bhanwarlal became an MLA for the first time in 1985. After this, in 1990, he also held positions like a cabinet minister in the Rajasthan government and deputy chief whip in the assembly.

CM Ashok Gehlot expressed grief over his demise. He tweeted, "My deepest condolences on the passing away of Shri Bhanwarlal Sharma. He had been unwell for a long time and I was in touch with his family members regarding his health. I visited them at SMS hospital last night”.