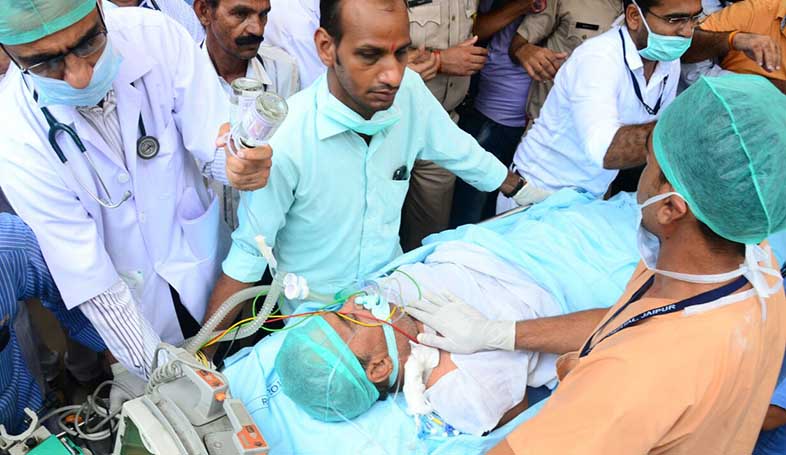 Sanwar Lal Jat being shifted to AIIMS from SMS Hospital.

Jaipur: Former union minister and the chairperson of Rajasthan farmers commission Sanwar Lal Jat who suffered cardiac arrest nearly a week ago was shifted to AIIMS in Delhi for further treatment. His condition is stated to be stable, but still critical.

Jat is being kept in special ward in the hospital and a team of doctors has been constituted for his treatment.

While he was admitted in SMS hospital, he remained unconscious. He was being kept on ventilator.

“His condition is stable, critical and feeding by Ryles tube was started,” according to an SMS Hospital medical bulletin.

The leaders participating in the meeting told The PinkCity Post that a discussion on the problems of farmers was in progress. Sanwar Lal Jat who is also the chairman of Rajasthan farmers commission apprised Amit Shah of the problems being faced by peasants in the state. His presentation was over. He suddenly felt uneasiness and walked towards the door of the meeting hall. It was when he just collapsed, creating panic among people present in the meeting.