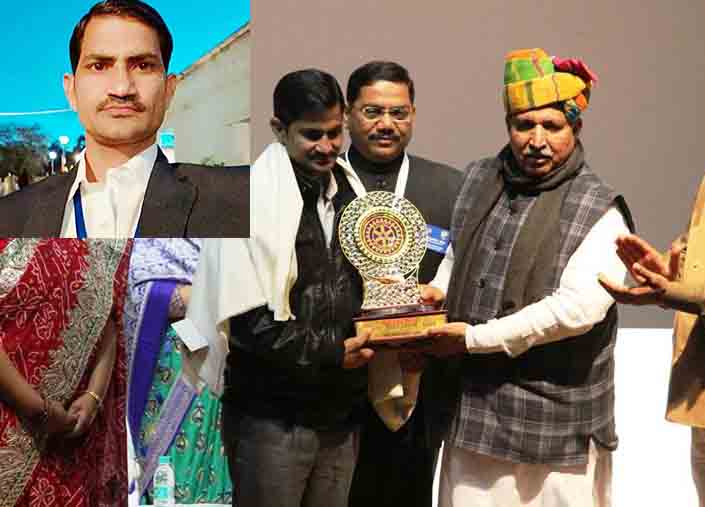 Imran’s next project is to help National Council of Educational Research and Training (NCRT) with redesigning the ambitious ePathshala app and make it more user-friendly. Photo credit : Imran's Facebook page

Jaipur: Remember Imran Khan? Well, he is the Sanskrit teacher from Rajasthan’s Alwar town who was hailed by Prime Minister Narendra Modi at London’s Wembley Stadium in November. Imran’s next project is to help National Council of Educational Research and Training (NCERT) with redesigning the ambitious ePathshala app and make it more user-friendly.

Imran Khan who has donated nearly 60 educational apps to Ministry of Human Resource Development attended a seminar in Delhi recently and promised the senior officials of NCERT to help redesign ePathshala. The app was launched by NCERT with fanfare, but received a lukewarm response. It has been downloaded by only 5 lakh people.

Compare it with the apps designed by Khan. They have got 65 lakh installs and four crore screen views every day!

ePathshala is one of the flagship programs of the central government. The program aims at digitization of education. It is a platform where students, parents, teachers, and educators can collaborate.

“I was invited to participate in a seminar organized by NCERT in Delhi. Officials asked my suggestions for how to make the app more user-friendly and popular,” said Imran.

Imran said the app has lots of potential, but was not being downloaded by people because it had issues with its user interface, search and some other functionalities.

“There are some bugs which we need to get rid of. Once the new version of the app is available, more people will hopefully use it,” said Khan.

Imran started learning HTML and other coding languages by chance. His younger brother left his Computer Science book at home which Imran  started reading in free time.  He was hooked.

He started designing apps on insistence of then Alwar district collector Ashutosh AT.

“I had no clue what an app was but I continued learning and launched my first app in 2012 ‘NCERT Learn Science’ – for Class 9 students which got great response from students in the state. This motivated me to create more apps, especially in Hindi as there are abundant already available apps in English,” Khan said.

“My India is in that Imran Khan from Alwar,” Narendra Modi had said in Wembley Stadium in London while addressing Indian diaspora and the audience rolled in cheer with pride.