Saints, sculpture traders take out rallies in protest of GST on idols 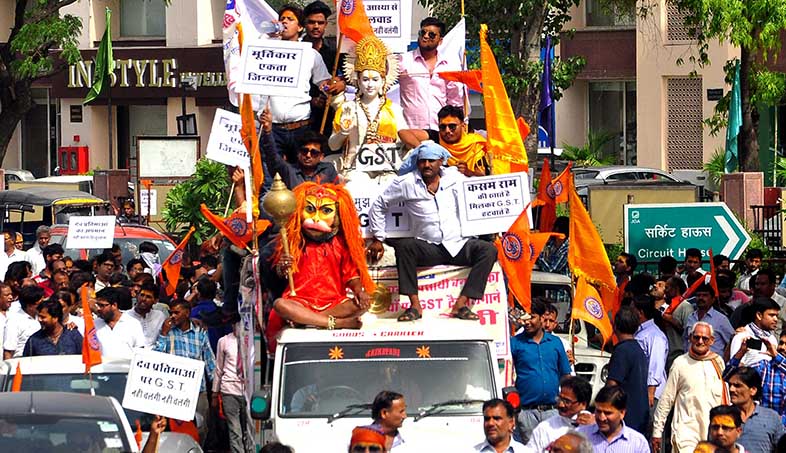 Jaipur: Moorti Bazaar in Jaipur is considered the biggest sculpture market in the country, but since the GST came into effect, the work here has come to a grinding halt. Protest rallies are being organized against the 28% goods and service tax levied on idols. More than 8000 people including sculpture traders, artists, saints and supporters of right wing organizations including Bajrang Dal took out a protest rally demanding that GST on idols of deities be taken back. The protestors warned of a country-wide agitation if their demands were not met.

Acharya Dharmendra of Bajran Dal, Gopal Das of Kale Hanuman Ji Temple, Acharya Bal Mukunda, Ramcharan Das, Kamal and Mahesh Bhardwaj were among those who participated in the rally.

They said that when religious trusts, temples etc were outside the ambit of GST, then why tax is being levied on idols.

They warned that if the government didn’t withdraw the tax in the next 15 days, agitation will be launched in other parts of the country.

Nearly 8000 people, mostly sculpture traders and artists, took part in the protest rally. They were holding placards in their hands and shorted slogans against GST.