Passengers jump off the bus to save themselves. 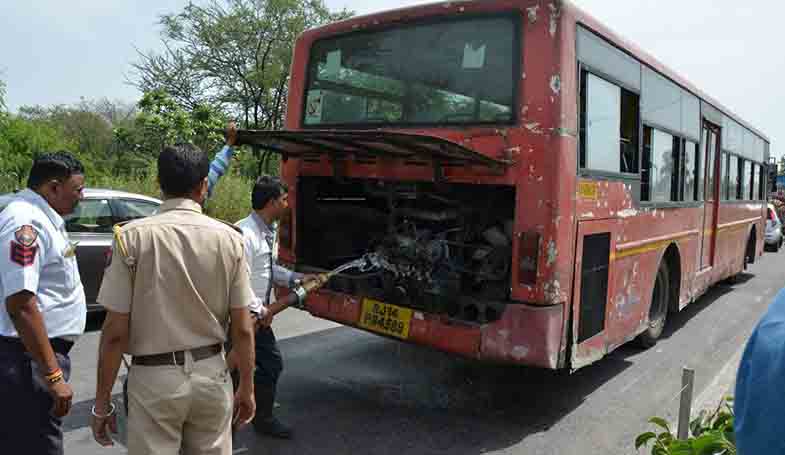 Jaipur: Panic gripped JLN Road on Thursday when a running low-floor bus caught fire. Several passengers on board the bus jumped off. Two fire tenders were rushed to the spot by the fire fighting department.

The incident took place around 10.30 am.

The fire started from the engine in the rear of the bus.

Commuters driving behind the bus saw flames emanating from the engine and alerted the driver.

Before it could spread, the driver parked the bus on the roadside and asked the bus passengers to get off.

No one was hurt, police officials said.

The incident has once again raised questions over the condition of the low-floor buses in the city. Most of these buses are poorly maintained, causing accidents in the city on a regular basis.

“JLN Marg is a busy road. The accident happened during the rush-hour. It could have turned catastrophic if the fire had been uncontrollable or the bus had lost control,” said Mukesh Saini, who witnessed the incident.

A traffic police team also rushed to the spot.