Rumoured to have drowned in hotel pool, girl turns up alive 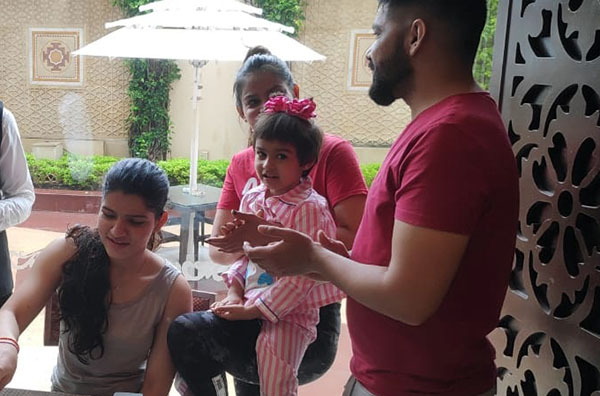 The four-year-old girl who was reported to have drowned in Hotel Lalit's swimming pool.

Jaipur: A four-year-old girl turned up alive a day after she was rumoured to have drowned in the swimming pool of five-star Hotel Lalit situated on Jawahar Circle in the city. The hotel management and the girl’s father refuted the claims, releasing pictures of the girl in good health.

It was rumoured that the girl, Amayash, had been rushed to a hospital after she drowned in the swimming pool. She was reported to have died while undergoing treatment.

The girl is the daughter of one Vikas Choudhary, a resident of Gurugram Sector – 53. He was staying at Hotel Lalit with his wife and four-year-old daughter.

It was rumoured that the family members went to the swimming pool of the hotel a couple of hours after checking in. The father was inside the changing room. It was reported that when he came out he found his daughter missing. She was later reported to have drowned.

It later turned out that the girl was alive. The father also refuted the rumours. The hotel management released the pictures of the girl having breakfast with her family members.