Student leaders are resorting to questionable methods to impress voters in Rajasthan University. 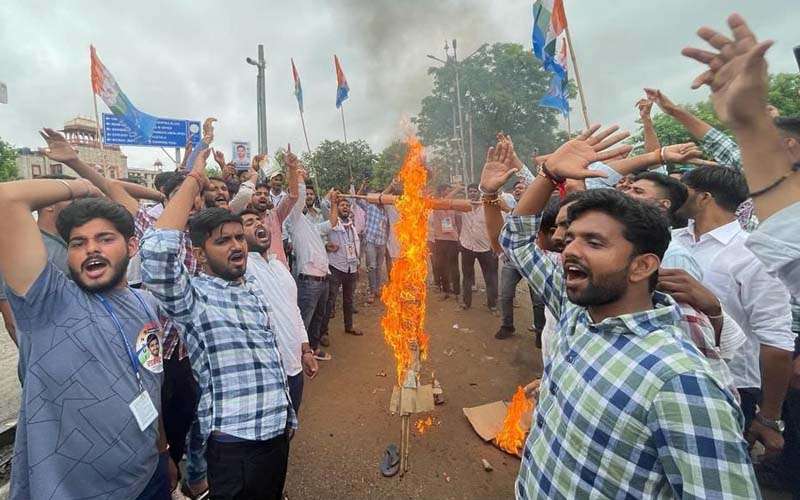 JAIPUR: The student leaders are leaving no stone unturned to impress their voters ahead of the Rajasthan University elections. A student leader, identified as Lokendra Singh, got overenthusiastic and slit the palm of his hand with a sharp-edged weapon while addressing a protest rally on the RU campus on Wednesday. The student was later taken to a hospital for primary treatment.

While addressing students, Lokendra claimed that he has written many letters to the government using his blood as the ink. He said that the students are lured by leaders with capitalism and casteism, but he would not hesitate to sacrifice his blood to further the cause of the students. He said that he had donated blood many times for this cause.

He then stunned the students by slitting his palm with a sharp-edged object. The students were taken aback initially, but they then started encouraging Lokendra.

The police were in the audience, but they didn’t intervene. Lokendra kept on delivering the speech but was later taken to a hospital for first aid.

Lokendra and other student leaders were carrying out a protest rally demanding free education for girl students, permanent faculty in the Department of Mass Communication and Journalism, reservation quota of NSS and repair of the dilapidated university buildings among other things.