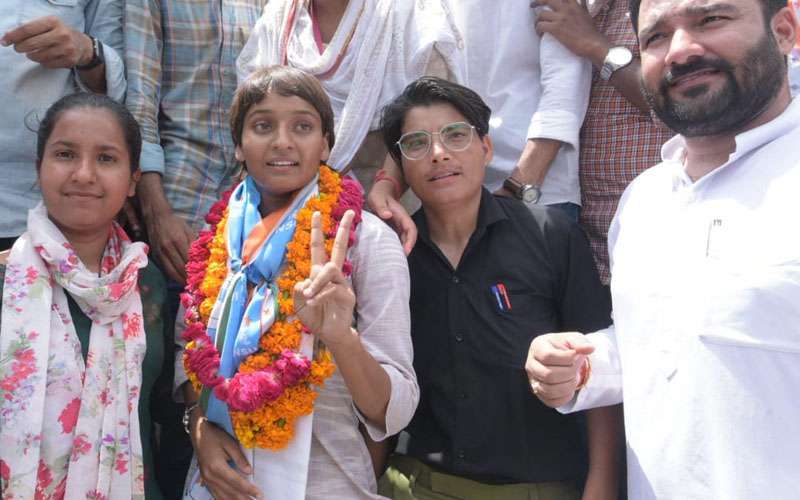 After NSUI fielded Ritu Balara – former president of the Maharani student union, for the president post, many other NSUI leaders turned dissidents. One of them was Niharika Jorwal – daughter of the minister of state for tourism and agriculture marketing. She announced that she would fight the elections as an independent candidate.

Ritu – who hails from Chidawa in Jhunjhunu – was fielded due to her popularity among girls, particularly the girl students of Maharani College. Maharani College has the largest number of voters.

Niharika was one of the strongest candidates for the election and an NSUI frontrunner. After the list of candidates was announced by the NSUI, she broke down. She said that she has been actively fighting for students for the past four years and deserved the ticket. But she didn’t get it because she was a scheduled tribe (ST) candidate.

“The casteism has prevailed in the ticket distribution again, but I am not going to step away. They (NSUI) believe that there are no SC/ST votes in the university. We will show them how many votes we have by contesting the election as an independent candidate. If there are no SC/ST votes and the votes are cast on caste lines, tell me how Pooja Verma won last time,” she said.

After the announcement of the candidates, the supporters of several leaders including Mahesh Choudhary, Sanjay Choudhary, Rajendra Gaura and Niharika Jorwal gathered outside the main gate of the university and started raising slogans. The police had to use mild force to disperse them.