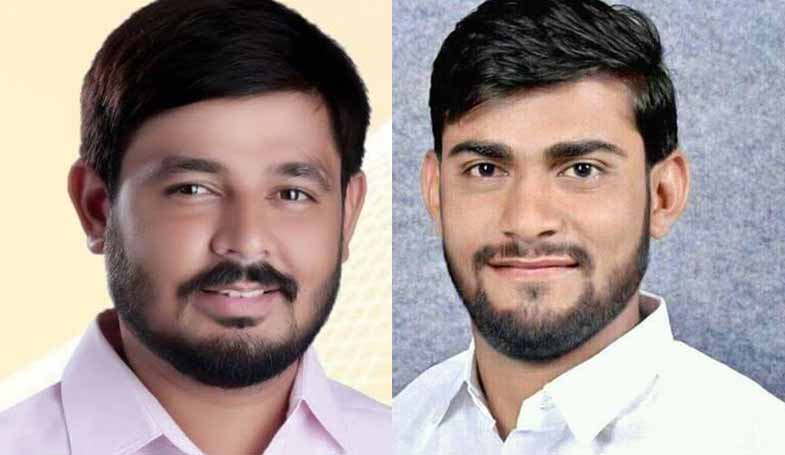 Sanjay Machedi (left), Deepak Meena (right) and seven other candidates are fighting for the top post in RU election scheduled to take place on August 28.

Nine student leaders will content in the elections, scheduled to take place on August 28. A total of 18 nominations were filed on Wednesday. Nine candidates withdrew their nominations on Thursday.

Deepak Kumar Meena will fight the election for the post of president from NSUI. His main contender will be Sanjay Machedi of ABVP. Pawan Yadav who became a dissident after he was not given a ticket by ABVP has filed his nomination as an independent candidate. Rahul Bhakar, an NSUI dissident, is also in the fray.

For the first time, AAP party’s student wing, CYSS has also fielded its candidates. Vishwendra Singh will fight the election from CYSS. Two other student leaders – Dilip Kumar Meena and Sanjay Singh – are also in the fray.

A total of 11 candidates had filed nomination for the post of general secretary. Three of them have withdrawn their papers. The fight will be among the eight remaining candidates.

Seven student leaders filed nomination for the post of vice-president and none of them has withdrawn his or her candidature.

Mahima Choudhary from NSUI, Ritu Choudhary from ABVP, Romani from CYSS and four other independent candidates – Harish Choudhary, Leeladhar Meena, Rahul Bhaskar and Tara Badotia will fight for the post of vice-president.

For the post of joint secretary, there are four candidates – Asharam Choudhary, Manish Meena, Ramesh Gujjar and Ramesh Kumar – are in the fray. Ishwar Singh Sekhawat and Suman Kumari are fighting for the post of RR.

Here is the complete list of candidates for all posts:

The counting of votes and results will be announced from 10 am on September 4.