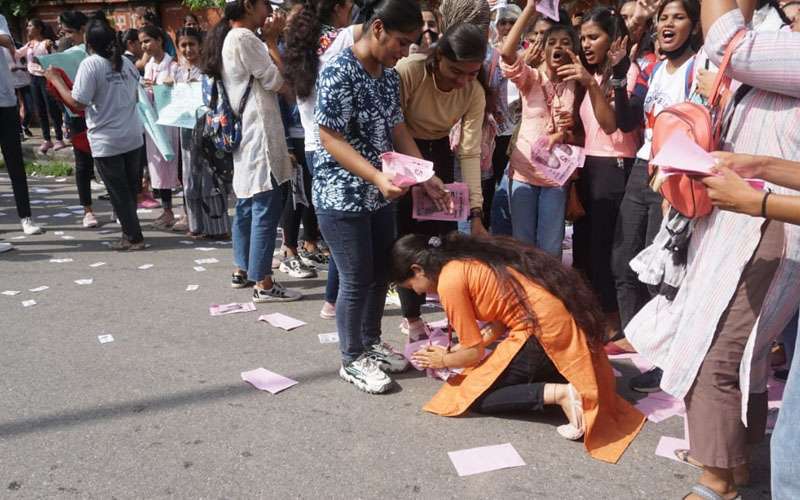 JAIPUR: The voting for Rajasthan University (RU) student union election ended at 1 pm. The gates to the polling stations on the RU campus and in the constituent colleges were closed. The voters who showed up after 1 pm were denied entry.

The voting percentage was 48.39% for Rajasthan University and its constituent colleges. The following is the name of the polling station and the total number of votes:

A bogus voter was also caught red-handed in Rajasthan College.

The low voter turnout became a cause of concern for the candidates. Their supporters pleaded before the students to show up at the polling stations to cast their votes.

The voting percentage in the university hovers around about 50%, but it is expected to be even lower this time. Many students didn’t collect their ID Cards that were mandatory to cast votes at the polling stations. Only those voters who were carrying their ID cards were allowed entry.