Counting of votes to begin at 1 pm. 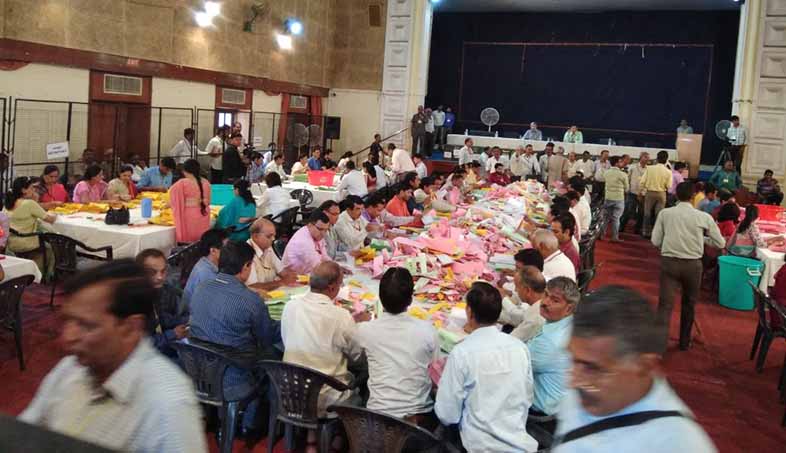 Jaipur: Rajasthan University election – 2017 results have come out. The counting of votes began at 1 pm. The result will start coming in at 2 pm. Keep coming back to this page as we will update the results live throughout the day. Here are some live updates for the RU election result till now:

Trending story: [VIDEO] Body of Ayush Garg found 7 days after he was swept away by Kartarpura Nullah

Nine student leaders contested in the elections that took place on August 28. NSUI’s Deepak Kumar Meena was up against Sanjay Machedi of ABVP for the presidential post. Pawan Yadav who became a dissident after he was not given a ticket by ABVP fought as an independent candidate. Many believe Yadav have a good shot at winning the elections.

The fight for the post of general secretary will be among eight candidates.

Seven students were in the fray for the post of vice-president.

Mahima Choudhary from NSUI, Ritu Choudhary from ABVP, Romani from CYSS and four other independent candidates – Harish Choudhary, Leeladhar Meena, Rahul Bhaskar and Tara Badotia will fight for the post of vice-president.

For the post of joint secretary, there are four candidates – Asharam Choudhary, Manish Meena, Ramesh Gujjar and Ramesh Kumar – are in the fray. Ishwar Singh Sekhawat and Suman Kumari are fighting for the post of RR.

Here is the complete list of candidates for all posts:

Trending story: [VIDEO] Body of Ayush Garg found 7 days after he was swept away by Kartarpura Nullah