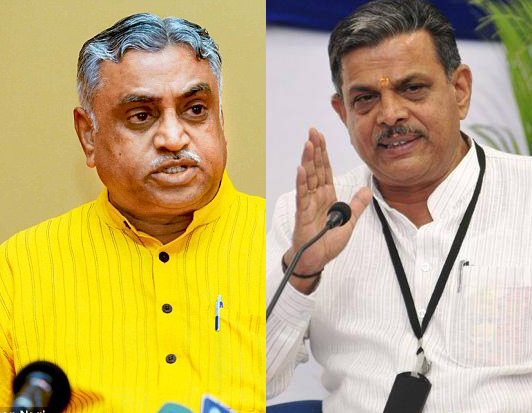 Jaipur: The Jaipur Literature Festival (JLF), being organized from January 19 at Diggi Palace in the city, will see participation of two leaders of Rashtriya Swayamsevak Sangh for the first time in the event’s history. Two senior pracharaks of the right-wing organization – Manmohan Vaidya and Dattatreya Hosabale – will participate in the event as delegates, sources said.

While Manmohan Vaidya is RSS’s communication head, Dattatreya Hosabale is a joint general secretary of the organization. They have been invited to speak during a special session titled ‘Of Saffron and the Sangh’.

More than 250 delegates including authors, journalists, human right activists, politicians, economists, scholars, filmmakers, poets, and famous TV personalities are participating in the event, touted as one of the biggest literature festivals in the world.

The invitation has ruffled feathers as critics said both the RSS leaders don’t have any association with literature.

Writers and Festival Directors Namita Gokhale and William Dalrymple invite authors from across the globe to take part in the five-day programme set against the backdrop of Rajasthan’s stunning cultural heritage and the Diggi Palace in the state capital Jaipur.

According to the reports, domestic as well as foreign tourists have already booked hotels. Hotels in close proximity to the venue are in high demand.