The Rajasthan Public service Commission (RPSC) announced the new dates for the RAS exam 2018-2019 on Tuesday in a press release. The exam will take place on June 25 and June 26.

Jaipur: The Rajasthan Public service Commission (RPSC) has announced the new dates for the RAS exam 2018-2019 on Tuesday. The exam will take place on June 25 and June 26.

RPSC postponed the RAS exam 2018-19 for the third time in December 2018. The exam was scheduled to take place on January 20 and January 30, but in a meeting held on January 21, it was decided that the exam should be postponed. The students were demanding this for long.

The exam was scheduled for December 23 and December 24, but it was postponed following a Rajasthan high court judgement. The results of RAS pre-2019 were re-released due to the court directions.

The students who were included in the results demanded that RAS mains 2019 exam be postponed because they didn’t get enough to prepare for the exam. They launched an agitation following which the education minister asked RPSC to postpone it. The exam was scheduled to take place on January 28 and 29, but it was postponed again.

Subscribe to WhatsApp updates for Jaipur News Click on the following link(s) to find the latest & related stories on: RAS mains exam 2018
RELATED 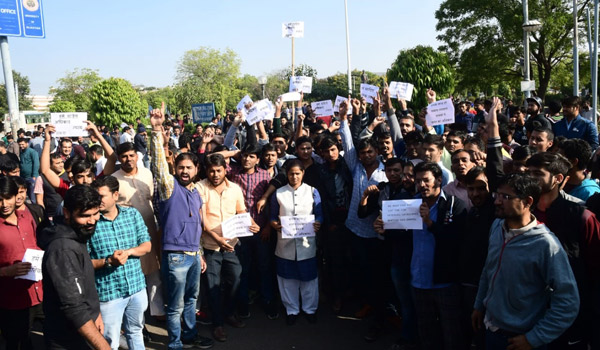