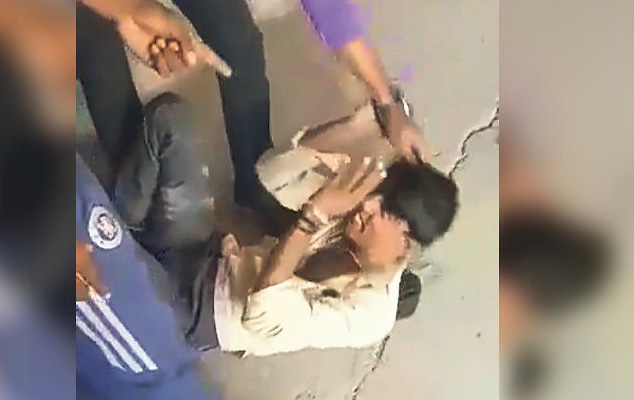 Jaipur: BJP and RLP MLAs staged a walk-out in the Rajasthan legislative assembly on Monday accusing the state government of not giving a satisfactory reply over the case of a youth’s torture in Nagaur district. The legislators raised a question mark over the police’s functioning in the case and demanded action against senior district police officials including Nagaur SP.

The matter had hid headlines when the video showing 5-6 youths torturing the youth in Panchodi police station area gone viral on social media. Three policemen including a head constable were suspended in the matter, but the Opposition alleged that the action was an eyewash and strict action should be taken against senior police officials. They alleged that instead of taking action against the culprits, the police pressurized the victim to reach a compromise.

Narayan Beniwal and Pukhraj Garg raised the issue of torture with the youth during the Zero Hour. The Leader of Opposition Gulabchand Kataria also cornered the government over the issue. The RLP and BJP MLAs then staged a walkout. Some RLP MLAs staged a sit-in.

Nearly five men tied up the victim and publicly beat him up. They suspected that he was involved in stealing a cell phone. The incident happened on January 29. The victim didn’t come forward immediately after the incident because he was threatened.