The armed miscreants took retired magistrate Rajesh Narayan (61) and his son, who lived behind Dhanwantri Hospital, hostage at gun points. 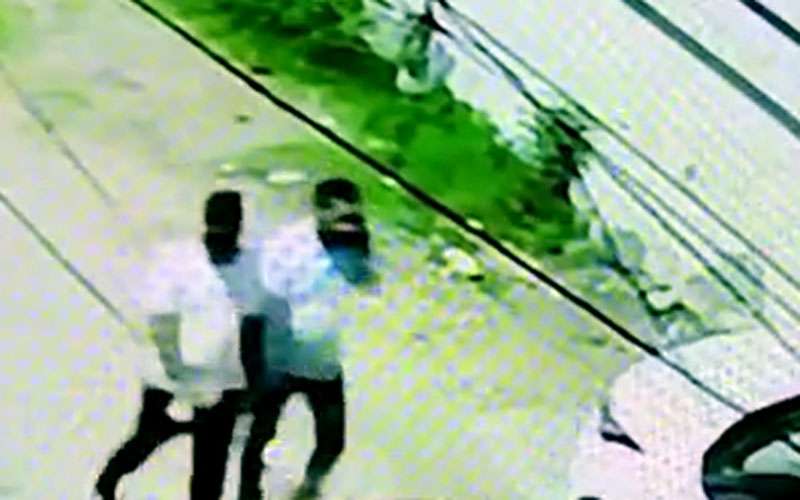 JAIPUR: Four robbers entered the house of a retired judicial officer in Mansarovar area posing as ACB officials and made away with cash and jewellery after taking him and his family hostage at gun points. The four robbers were armed with country-made guns.

The police are studying the footage of CCTVs installed in the area to identify the robbers. It has come up during the preliminary investigation that the robbers had conducted a recce of the house before committing the robbery.

The incident took place around 9 pm on Friday. The armed miscreants took retired magistrate Rajesh Narayan (61) and his son, who lived behind Dhanwantri Hospital, hostage. They fled after robbing cash and jewellery from the house. Mansarovar police has collected evidence from the spot with the help of an FSL team. The police also called the dog squad to the spot.

A police officer said that three people live in the house. Rajesh's wife Sulekha (59) had gone to the neighbour’s house at night for some work. Around 9 pm, Rajesh and son Aditya were watching TV at home. During this, four miscreants entered the house posing as ACB officers. They asked Rajesh if he was retired from the army. When he refused, they took out guns and pointed at him and his son.

The miscreants had brought medical tapes with them and used them to gag the two. They also tied them up and then asked about jewellery and cash. After that the four kept searching the house for half an hour. They found about Rs 10,500 cash, some gold and silver ornaments, two mobiles and a laptop.

At around 9.30 in the night, the wife reached back home. When she saw husband and son were locked in the room, she freed pened them and informed the police about the robbery.

During interrogation, it emerged that two of the four miscreants had country-made pistols. At the same time, two had taken a knife in their hand. On being informed about the incident, the top police officials reached the spot. Evidence was collected with the help of FSL and dog squad.

After the incident, the police checked the CCTV cameras installed nearby. In the footage, four miscreants in groups of two are seen doing recce since around 7.30 pm on Friday. The police suspect that the miscreants had come to rob the house of a retired soldier living nearby, but they entered the retired judge's house as the name plate was not visible outside the house.