As the news of the robbery and murder in a busy Alwar market spread in the town, people started protesting. They blocked Khairthal railway crossing and halted Rajdhani Express. 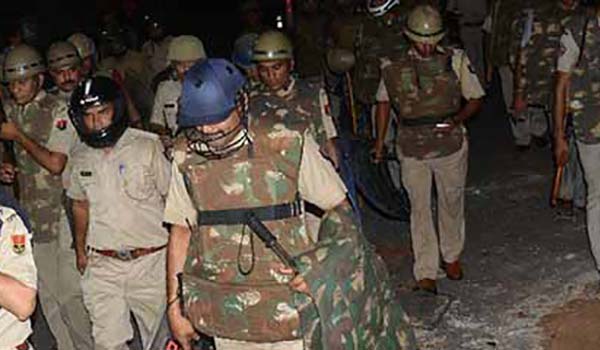 Jaipur: Unidentified robbers shot dead a trader, identified as Mukesh Agarwal, and robbed him of a bag containing cash in Khairthal town in Alwar district of Rajasthan on Friday night. The trader was returning home after closing his shop. He sustained bullet injuries on his chest and stomach and died while undergoing treatment at a hospital. The robbers managed to escape from the spot. As the news of the robbery and murder in a busy Alwar market spread in the town, people started protesting. They blocked Khairthal railway crossing and halted Rajdhani Express. When a police team arrived at the spot to disperse the crowd and clear the railway track, people started hurling stones on the cops. Some policemen were injured and their vehicles were damaged. The local traders association called for a bandh on Saturday in protest of the incident. Senior police officers including SP Alwar Rahul Prakash reached Alwar to keep a tab on the law and order situation and assured protestors that the robbers would be brought to the book soon. The victim, Mukesh Agarwal, ran a grocery store at Sindhi Market in Khaithal. “He was walking home after closing his business when two robbers wearing masks intercepted him. They tried to snatch a bag he was carrying. When Mukesh protested, they opened fire. Bullets pierced his stomach and chest. He was rushed to a hospital in Khairthal, however, doctors declared him dead while undergoing treatment,” said a police officer. The incident took place in a crowded market around 8.30 pm. People alleged it was the failure of the police that robbers managed to escape even when the robbery and murder took place in the heart of the town. They placed iron rods on the tracks at Khairthal railway crossing when Rajdhani Express was approaching.
Follow @ThePinkcityPost