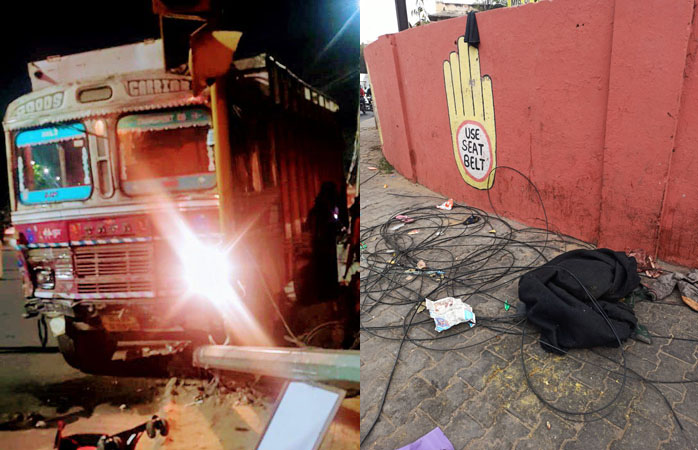 Jaipur: A truck lost control and mowed down two girls – who worked as makeup artists and a footpath dweller at Government Press Chauraha near Jaipur Police Commissionerate Office around midnight on Friday. According to preliminary reports, two others are injured. The truck driver was trying to flee from the spot after the mishap, but he was caught by the people who witnessed the incident and handed over to the police.

According to the police, the two girls who were killed in the accident were identified as Neha and Mamta. Another victim was one Suresh who was sleeping on the footpath with his wife and children. Neha and Mamta were on their way home ituated on Sikar Road when the overspeeding truck hit their scooty. Both the girls worked at a beauty parlour. The truck then lost control and smashed into the footpath killing Suresh on the spot. Mamta was declared brought dead by doctors at a hospital while Neha succumbed to injuries when she was undergoing treatment on Friday.

The truck, identified as one Raju, tried to escape from the spot, but the locals chased him and handed him over to the police. An FIR was registered against him.