Road accident in Jaipur: 2 killed, 5 injured as mini-bus overturns after collision with truck 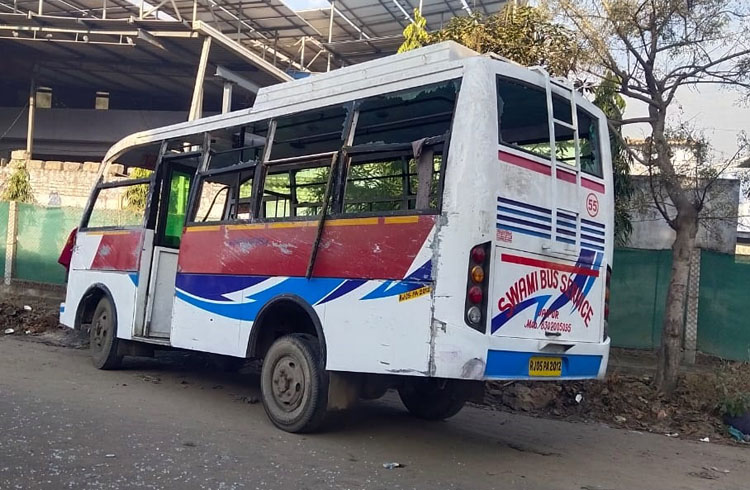 The mini bus that overturned after the mishap.

Jaipur: Two people were killed while five others were injured when the public transport minibus they were traveling in was hit by a truck at VKI Road No – 17 in Jaipur. The deceased victims were residents of the Ramnagar Road area. Five injured were rushed to Kanwatia Hospital, while the bodies of the deceased victims have been sent for a postmortem examination.

The deceased were identified as Kavita Sharma and Kishan Sharma. Kishan was Kavita’s brother, according to police. The incident occurred outside Prem Industry junction around 8 am on Wednesday. The mini-bus plying on route no – 55 overturned after the collision which caused the casualties.

An overspeeding truck coming from VKI Road – 14 hit the mini-bus after which the bus lost control. There were many passengers in the bus. According to traffic police officials, the rear part of the truck collided with the bus. It overturned. The passengers started crying for help. A crowd of onlookers gathered on the spot. The police were informed.

On getting the information about the accident, the police teams from Vishwakarma police station and Harmada police station reached the spot. A civil defense team also reached there and launched a rescue operation. They pulled out all the injured people trapped in the bus and took them to the hospital. Two were declared brought dead. An FIR has been registered against the truck driver for rash and negligent driving.