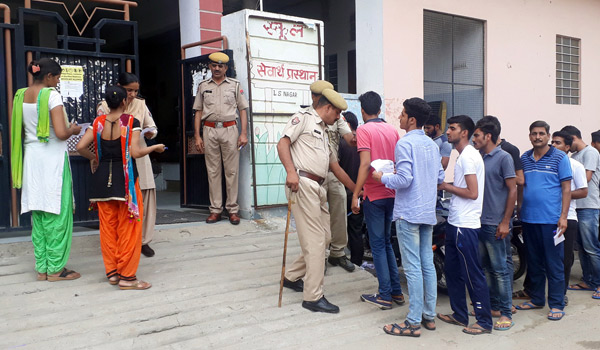 Jaipur: The Rajasthan public service commission (RPSC) will likely conduct RJS Mains exam 2019 on July 27-28. RPSC has started preparations for the mains exam after declaring results for RJS Pre 2018 on Monday. A total of 3290 students cleared the pre papers. They will appear in the mains exam.

The exam for RJS pre-2018 was held on March 31. The result was announced on the basis of 95 questions. According to the high court administration, the cut off is 60 for the candidates of general category,  54 for other backwards communities, 42 for SC and 41 for ST. The cut off for divorced women and widows from general category was 43 and 45 respectively.

While the RJS results have been announced, the confusion still prevails over RAS mains exam.

RPSC had filed an appeal in the double bench of Rajasthan high court against the single bench’s order that directed the commission to release a revised result of RAS-pre exam 2018.

RPSC wants to conduct the RAS Mains exam on the pre-determined schedule on June 25 and June 26. The RAS prelims 2018 exam was conducted on August 5 at 1454 centers in Rajasthan. More than 3 Lakh candidates had appeared in the exam for 1017 Vacancies.