The project to be completed in two phases. 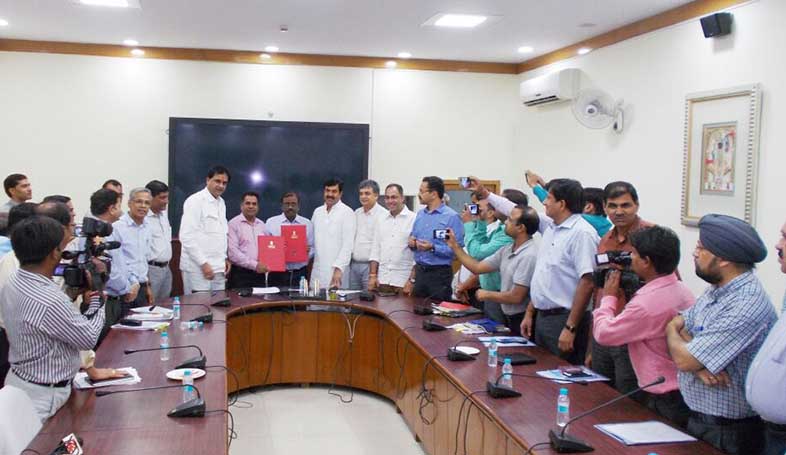 Ring Road MoU was signed between JDA and NHAI on Friday.

Jaipur: JDA and National Highway Authority of India (NHAI) on Friday signed an MoU for the completion of Ring Road project in Jaipur.

The NHAI will now complete the project. The MoU was signed by the officials of NHAI and JDA at the conference room of the state secretariat in the presence of Rajasthan UDH minister Srichand Kriplani and transport minister Yunus Khan on Friday.

Kriplani said that the work on the project will now resume soon.

In the second phase, grade separator and other structures will be constructed on Agra Road, Tonk Road and Ajmer Road.

The work on Ring Road has remained stalled for the past two years following disputes between the companies tasked with the project and JDA.

A settlement committee led by a retired high court judge completed a report to settle the contract between the companies and the JDA. Based on the report submitted to the urban development minister Srichand Kriplani, claims for the company and the JDA are being determined. The claim will be settled by NHAI as per the agreement with the JDA.

JDA had prepared a settlement claim of Rs 7000 crore citing negligence of companies, but it was later reduced to Rs 200 crore.

Ring Road MoU to be signed tomorrow, work likely to start in October