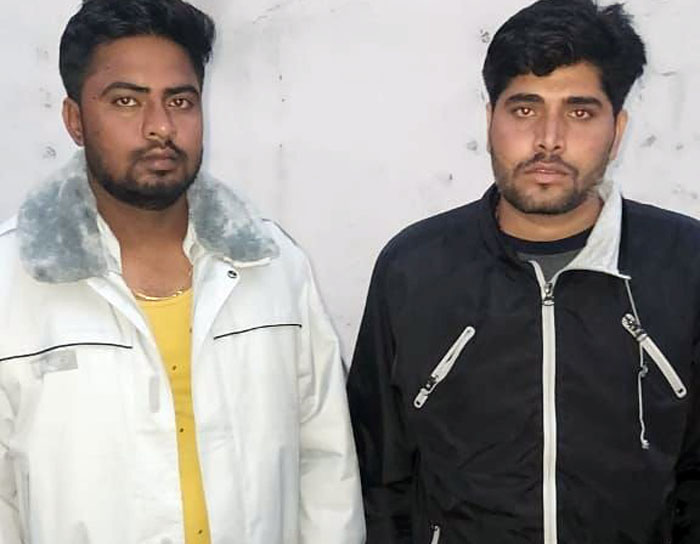 Battilal (on the right) and his aide Shiva arrested by SOG

Jaipur: Rajasthan special operations group (SOG) has arrested Battilal Meena, wanted in REET paper leak case. He is believed to be the mastermind behind the paper leak. His aide Shiva was also held. Both were hiding in Kedarnath. After tracking him for two days, an SOG team led by inspector Mohan Poswal, nabbed him.

Since his name figured in the probe in the paper leak case nearly two weeks ago, Battilal escaped to Madhya Pradesh and stayed with some relatives. He then hid in Delhi, Hardwar, and Rishikesh. He went to Kedarnath from Rishikesh where he visited Gaurikund and was on his way to Kedarnath temple when he was arrested.

SOG sources said that when the policeman was arrested in the paper leak case on September 26, Battilal got a tip-off that he too would be booked and arrested. He switched off his mobile phone and left for Madhya Pradesh with his aide Shiva. He registered himself under his real name and address when visiting Gaurikund. The SOG team got confirmation about his presence in Kedarnath from the registration campus.

Batti Lal is a resident of Chauth Ka Barwada area in Sawaimadhopur. Shiva also belongs to the same area. Shiva did BTech and is currently preparing for competitive examinations.

Both are being brought to Jaipur where they will be produced in a court. Sources said that SOG was likely to seek their police remand for further interrogation.