RCA election 2019: Nominations filed; Rameshwar Dudi refuses to back down 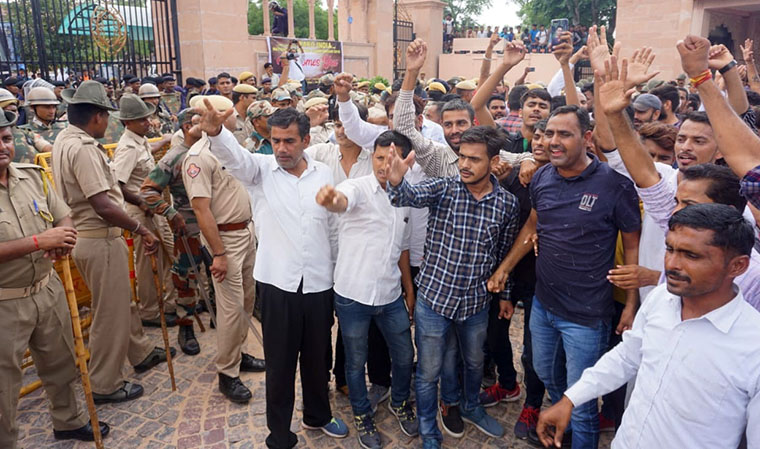 Jaipur: Even as the nominations for the Rajasthan Cricket Association (RCA) elections were filed on Wednesday, the stand-off between the factions of CP Joshi and Rameshwar Dudi – both senior Congress leaders – continued. A day after Vaibhav Gehlot – son of chief minister Ashok Gehlot – filed the nomination for the presidential post, Raeshwar Dudi also filed the nomination. However, his nomination was rejected by the election offer because Rajsamand district association had been disqualified. Dudi is the president of Rajsamand district cricket association.

Nagaur MP Hanuman Beniwal escalated the tension as he jumped in support of Dudi, accusing chief minister Gehlot of operating in an arbitrary manner.

Security arrangements were stepped up at SMS Stadium as the supporters of Beniwal gathered outside the entrance gate and started shouting slogans.

After filing nomination, Dudi said that his supporters were being prevented from filing nominations. Dudi said that Mahabharata was happening in RCA. Questioning the election process, he said that the voter list was released at 2.30 am and some districts were specifically disqualified. It was the misuse of government machinery, he alleged. A total of 13 forms have been filled by the Rameshwar Dudi faction.

The nomination of Devaram Chaudhary has been filed as Joint Secretary, Kishan Nimawat Treasurer and Executive Member.