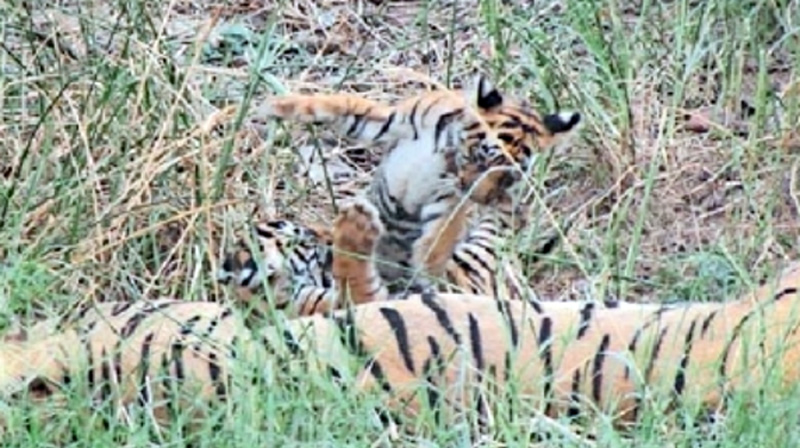 It has come as good news for wildlife enthusiasts. The total number of tigers in Ranthambore has gone up to 72. Of them, 21 are males, 30 females, and 21 cubs.

“Arrowhead was spotted with two cubs on July 13. It was believed she littered two cubs. A forest department team that was on patrol spotted the tigress with three cubs on Friday,” said a forest department officer.

Arrowhead has given birth three times so far. Arrowhead is the daughter of T-19.

Chief Minister Ashok Gehlot on Thursday said that the state government was working on developing new tiger reserves keeping in view the growing population of majestic cats in Ranthambore. The new tiger reserves will provide shelter to the wild animals that are in excess in other reserves.

He said that Ramgarh Forest Sanctuary getting NTCA approval as National Tiger Reserve was good news.

“We are working on promoting tiger conservation in Kumbhalgarh and other reserves,” said Gehlot while addressing a video conferencing of the State Wildlife Board. He asked the officials to prepare a penal of experts to study the relocation of Ranthambore tigers to other reserves.