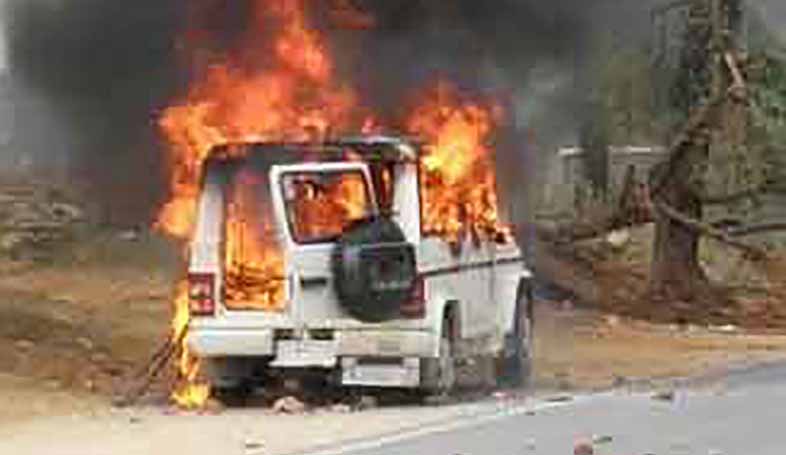 Jaipur: The Udaipur district administration has suspended mobile internet services in many towns for 24 hours a day after over 30 people including policemen were injured in clashes over a youth’s murder. The decision to suspend the internet services was taken to prevent the spread of rumours. Police officials said that the law and order situation is under control.

The protests had been going on for four days after a youth, identified as Ramesh Patel, was kidnapped and then murdered in Piladar village of Udaipur district. The protest turned violent on Monday after a crowd of over 1000 people gathered in a village and started hurling stones on the policemen. They set ablaze a police jeep and several other vehicles including a mini bus and two Rajasthan roadways buses. Over 15 policemen were injured in the stone pelting. The police resorted to lathicharge in which 15 villagers were injured.

The villagers ambushed Semari SHO Mukesh Kumar and attacked him. He had to open fire using his service revolver to save rescue himself.

Ramesh Patel was kidnapped on July 8 and then murdered. The police have arrested two men in the matter, but the local villagers are not satisfied with the police probe. They have been staging protests since July 11.

The police detained more than 300 people on Monday. Of them, 38 were booked for attacking police and over 100 were charged with disrupting peace.