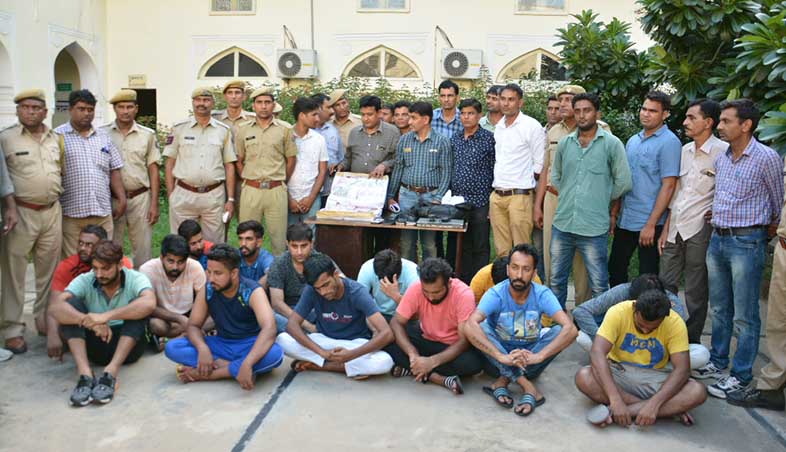 Jaipur: After Jaipur police busted a gang involved in fixing matches of Rajputana Premier League (RPL) and arrested 14 people including six players, the career of some budding cricketers from Rajasthan is at stack. The Board of Control for Cricket in India (BCCI) has sought from the police the details of the all the players from the state who were participating in the league.

Jaipur district cricket association (JDCA) officer-bearers have already distanced themselves from the league.

JDCA officials are claiming that the league was being organized by a Noida-based company and they didn’t have anything to do with tournament.

JDCA president Mohammed Aslam who was projected as league convener in media reports said that JDCA didn’t have anything to do with the league.

“It was being organized by a Noida-based company,” said Mohammed Aslam.

Aslam was quoted as saying that RCA secretary RS Nandhu gave permission for organizing the league on June 19 and JDCA got associated with it only after that.

“But after getting a letter warning of suspicious activities from BCCI, I and all the registered players from Rajasthan distanced ourselves from the league,” Aslam was quoted as saying.

Aslam had written a letter to RCA secretary informing him of his decision to distance himself from the league on July 15.

Nadhu, however said that RCA vice-resident and JDCA secretary had sought permission and it was given on the condition that the tournament wouldn’t be broadcast.

“On suspicion of match fixing and the violation of the condition related to broadcast, we withdrew the permission and informed the police commissioner and the BCCI,” Nandhu was quoted as saying.

Two semi-final cricket matches were scheduled to take place on Thursday, while the final match on Friday. But all the matches have now been cancelled.

The organizers had reportedly promised that players from only Rajasthan would be in RPL teams, but most of the players who eventually participated in the league were from out of the state.

After BCCI termed the RPL as an unapproved tournament on July 12, most of the players registered with the BCCI distanced themselves from the league.

The police have not ruled out of the possibility that some international bookies were involved in match fixing and spot fixing.