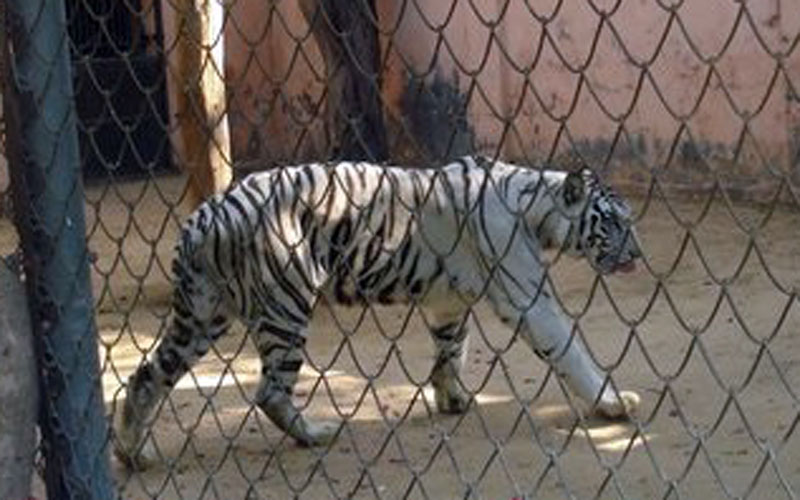 A file photo of white tiger Cheenu at Nahargarh Zoo.

Jaipur: ‘Cheenu’ has been a major attraction of Nahargarh Zoological Park. The reason was that he was the only white tiger in Rajasthan. People used to visit the park just to enjoy the sight of Cheenu. But the tiger died, leaving wildlife lovers grieved.

Cheenu was brought to Nahargarh from Nandanakanan Zoological Park of Orrisa on March 17 last year. After the death of other tigers – including ‘Sita’ and ‘Raja’, Cheenu was the only white tiger in Rajasthan. For this reason, he was the main attraction of the Nahargarh Zoo.

“The big had not been feeling well for the past one week. He had given up food. He was under observation of a team of doctors, but he died on Sunday,” said a zoo official. 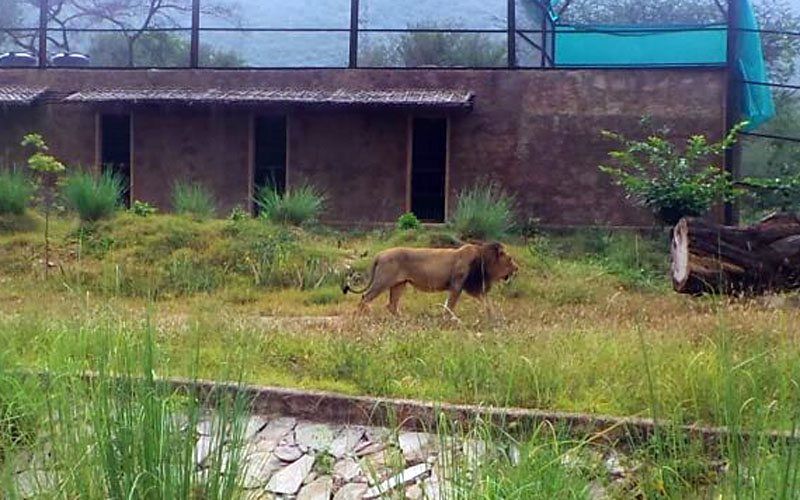 The help of experts from Jaipur, Bareilly, Chennai and Orrisa had been sought to cure Cheenu, but to no avail.

The park has lost 5 tigers and 5 lions in the past 33 months. Of them, three died of canine distemper, one cardiac arrest, five leptospirosis and one died of unknown disease. In 2019, a lioness, known as Sujain, died of canine distemper. The next day of Sujain’s death, another tigress, Riddhi, died. Six days after this, the only white tigress of the zoo – Sita – also died. In 2020, three big cats died over a span of just nine days.