Man hacked to death and burnt alive; Accused asks someone to shoot the video of murder. 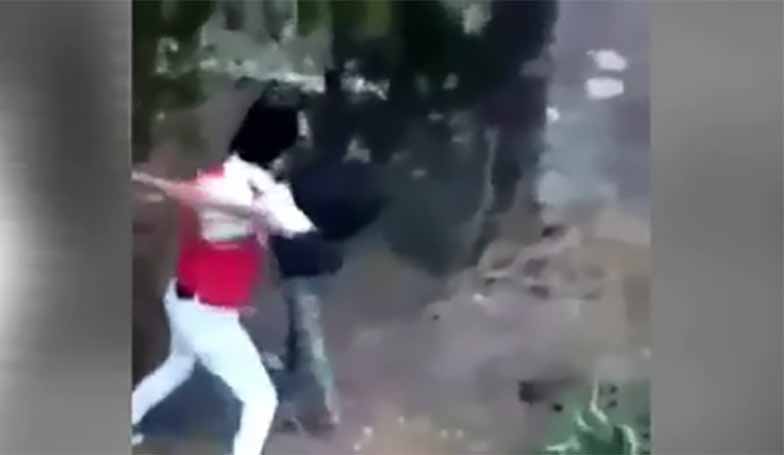 Jaipur: A shocking video showing a 50-year-old being hacked to death and then his body put on fire in Rajasthan’s Rajsamand town went viral on WhatsApp on Wednesday. Latest Update: Murder on video in Rajasthan: Cops arrest main accused.

The murderer asked someone to shoot the video while he killed the victim using a shovel. The accused then shot a video of himself to talk about Love Jihad and patriotism. The accused also circulated the video on WhatsApp and other social media channels. The police have launched a search for the man behind the brutal murder as he is on the run.

The victim was identified as Afrazul alias Bhuttu. He was allegedly murdered by one Shambhu Lal Raiger.

Shambhu Lal took Afrazul to an agriculture farm, just 700 meters from the Rajsamand district collector office. The farm belongs to the murder accused. 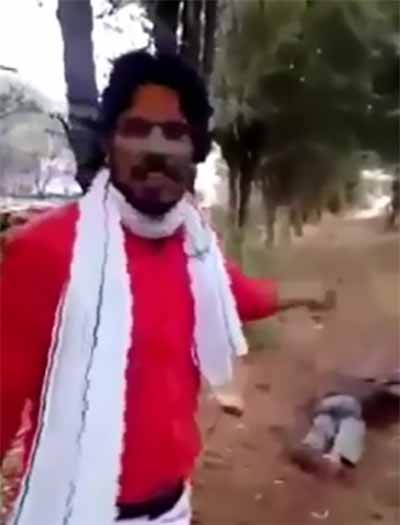 Shambhu Lal was caught on the video saying that he was taking revenge of misbehavior with his sister.

He allegedly took Afrazul to his agriculture farm on the pretext of hiring him for a construction work. Afrazul was a contractor.

As soon as Afrazul reached the farm, Shambhu Lal attacked him with a shovel. The victim started pleading for his life. The accused then set the body on fire. The video shows a teenaged girl roaming around on the farm when the murder was in progress.

As the video went viral, a police team was rushed to the spot and found a body with more than 80 percent burns.

“An FIR against unidentified people has been registered. The video looks genuine, but we are verifying it. Prima-facie, it seems Shambhu Lal killed the victim over a personal rivalry,” said SP Rajsamand Manoj Kumar.

Shambhu Lal and the man who shot the video are missing.

Since the victim and the accused were from different communities, heavy police force has been deployed in Rajsamand to maintain law and order.