For the first time in Rajasthan University, the counting of votes for student union elections will be held in Commerce College. 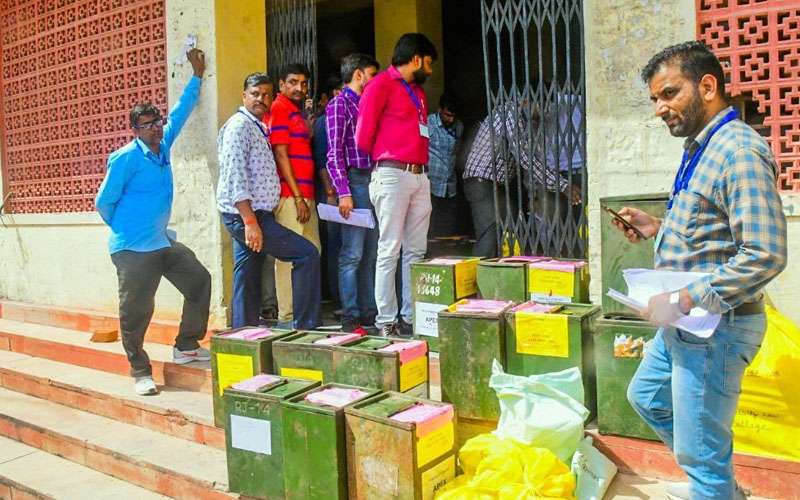 JAIPUR: Independent candidate for the post of President Nirmal Chaudhary has been elected president of Rajasthan University (RU) student union 2022.

Arvind Jajra of ABVP has been elected as general secretary. He defeated Sanjay Choudhary of NSUI.

Sandeep Gurjar has announced the winner in Maharaja College, while Aditya Sharma in Commerce College have been elected as the President. At the same time, Abhay Chaudhary won in the Rajasthan University 5-Year Law College.

The counting of votes for the Rajasthan University (RU) election 2022 has begun at Commerce College. The results will likely start coming in from 1 pm.

Some candidates alleged irregularities in the counting of votes as neither the media nor candidates are being provided live updates. However, the counting is taking place in presence of the candidates and their agents. There are about 90 ballot boxes. The university administration has deputed 109 employees for counting.

Independent candidate Nirmal Choudhary said that they were not even told how many ballot boxes were there. The media persons have been kept away from the counting room for the first time.

The counting started at 10.45 pm. The 15-minute delay happened as some candidates and their agents arrived late at the centre.

Heavy security arrangements have been made at the centre.

There is a lot of curiosity among students about the fight between independent candidates Nirmal Choudhary and Niharika Jorwal. Sources said that Nirmal Choudhary has the support from a current Congress MLA and he is very popular among the students of Maharaja College and Maharani College.

The counting of votes for Rajasthan University (RU) student union elections 2022 will begin at 10 am.

For the first time in Rajasthan University, the counting of votes for student union elections will be held in Commerce College. It used to happen on the university campus.

Commerce College has been the centre for counting for not only the elections of civic bodies but also Lok Sabha elections.

For the president post, independent candidates Nirmal Chaudhary and Niharika Jorwal, apart from Ritu Barala of NSUI and Narendra Yadav of ABVP.

Niharika Jorwal is the daughter of the minister of state in Rajasthan Muralilal Meena. She was with NSUI but turned dissident when she was not given the ticket.

Most students couldn’t vote because the ID cards were made available at the last moment due to the delay in the admission process.