Rajasthan: Udaipur marble traders, businessmen were in touch with gang of arms suppliers 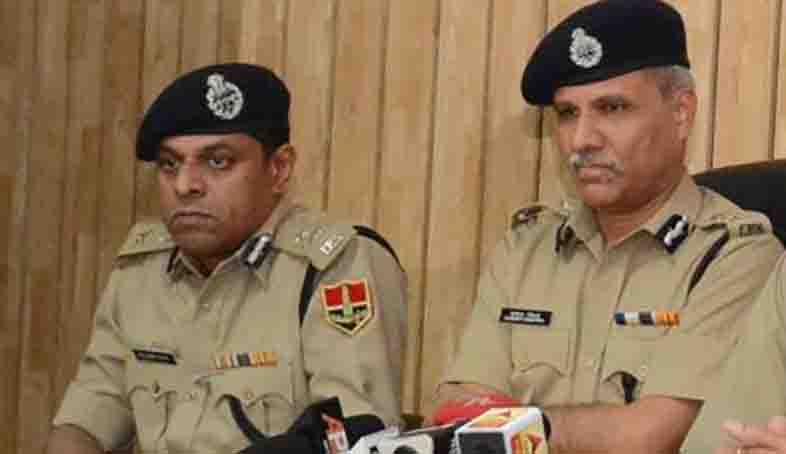 Jaipur: Rajasthan ATS on Tuesday arrested two more members of the gang involved in supplying guns illegally and preparing fake arms licenses. A total of five people have been arrested so far. They include the kingpin Zuber Khan, a resident of Ajmer.

As many as 700 arms licenses were seized from the gang. Most of them were prepared fraudulently in backdate. Many of these licenses were found to be in the name of prominent marble traders of Udaipur and other businessmen, sources said.

ADG, ATS Umesh Mishra said that those arrested on Tuesday are Rahul Grover and Bharat Singh. Rahul Grover is a resident of Jammu, while Bharat belongs to Pali district in Rajasthan.

The ATS produced the three men – Zuber Khan, Vishal and Ganpat Singh who were also arrested on Monday in a court that sent them to 10-day police remand for further interrogation.

Mishra said that raids were being carried out in Devas, Udaipur, Bikaner, Pali and several other places to arrest more members of the gang.

A team will be rushed to Jammu and Kashmir for further investigation.

Rahul played a key role for the gang as he used to get arms licenses prepared in Jammu and Kashmir in backdates.

ADG ATS Umesh Mishra said that a resident of Udaipur approached ATS headquarters and complained that one Zuber Khan, a resident of Ajmer and owner of Wali Mohemmed and Sons in Ajmer, had taken Rs 12 lakh from him for a weapon and an arms license. The complainant said the license looked suspicious following which an investigation was launched in this regard.

The ATS was already on the trail of Zuber and had a tip off that he was involved in buying and selling illegal arms from Madhya Pradesh’s Devas region.

A bogus customer was sent to Zuber and an arms deal was struck for Rs 2.30 lakh. He accepted Rs 2 lakh by cheque payment, while a cash amount of Rs 30000 was also given to him. He was taken into custody and interrogated.