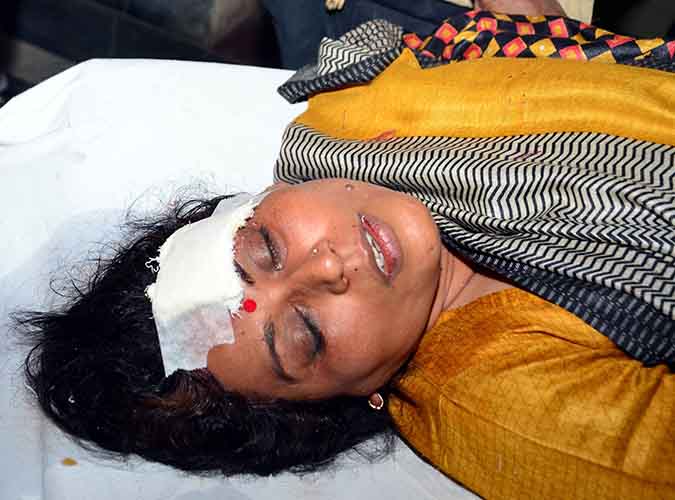 Jaipur: Rajasthan State Women’s Commission chairperson Suman Sharma was injured when the car she was travelling in met with an accident near Niwai in Tonk district on Monday.

She was returning to Jaipur from Niwai after attending an event when her car rammed into a blue bull (Nilgai). She sustained injuries on her legs and other body parts. She has been brought to a hospital in Jaipur for treatment. The driver of the car and her personal assistant were injured, initial reports suggest.

Sharma was brought to the trauma centre of SMS Hospital in Jaipur.

“The car rammed into a blue bull. The front portion of the car was completely damaged. Sharma was bleeding from her legs and other body parts. A police team was immediately rushed to the spot after some commuters informed us about the mishap,” said a police officer.

The officer said that Sharma, the car’s driver and her PA were brought to Jaipur in another vehicle.

“Injuries seem to be serious, but her condition is out of danger. She is undergoing treatment at SMS Hospital. Further investigation is going on,” said the officer.