Rajasthan: Regularisation camps in urban areas to begin from May 10

Home » City Reports » Rajasthan: Regularisation camps in urban areas to begin from May 10 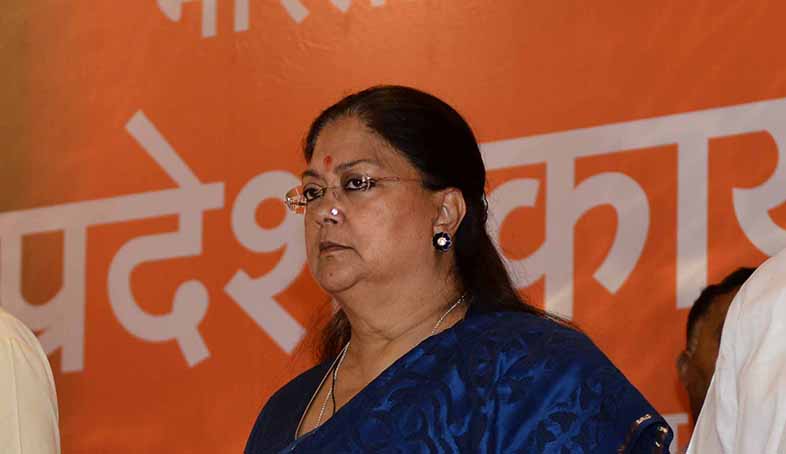 Jaipur: Regularisation camps in Rajasthan’s urban areas will begin from May 10, parliamentary affairs minister Rajendra Rathore said after a cabinet meeting in Jaipur on Wednesday.

Rathore said that for quick solution of problems related to patta vitran and other issues of urban local bodies, the Mukhyamantri Shahri Jankalyan Shivirs were being organized from May 10 to July 10.

Colonies on agriculture and siwaychak land will be regularized in these camps.

Houses built on 90 square meter land without setback till December 31, 2015 will also be regularized.

Works related to re-organization and sub-division of plots and permission to construct houses will be given during these camps.

Recovery of remaining lease amount and Urban Development tax by giving exemption in interest and transfer of Siwaychak land will also taken up in these shivirs (camps), said Rathore.

Rathore informed that a total of 23 types of works will be taken up in Shahri Jankalyan Yojana including regularization of schemes affected by the Sealing Act and Custodian land.

Houses built on acquired land of Housing Board, PWD, Water Resource and Urban Bodies will be regularised.

In these camps, 50 square yards land allotment will be made for Gadia Lohars and other nomads free of cost.

The minister said looking at the wider public interest pattas of old housing colonies pending from years will be issued under Shahri Jankalyan scheme.

Free regularization will be made to Khatedaari holders who have built houses on 500 square meter land in urban periphery.

An empowered committee will be empowered quick disposal of the cases, he said.

The land holders who have not taken pattas in the previous regularization camps shall be given pattas after charging additional 25 percent premium for one time.

The maximum allotment limit for land slots (Khaancha Bhoomi) has been increased to 150 square yards. Complete exemption shall be given in interest on full payment of remaining lease amount and urban development tax, he informed.

Rathore informed that the third phase of the Nyay Aapke Dwar campaign would kick off from May 8  and end on June 30. The preference will be given to solve disputes related to pathway, according to the circular issued on August 10, 2016.

The Revenue Lok Adalat Abhiyan Shivir will be organized on each Gram Panchayat headquarter  where works related to schemes of individual benefit of 15 other departments.

Pandit Deendayal Upadhyay Vishesh Yogyajan Shivirs-2017 will be held in September 2017 in constituencies. The specially-abled persons will be given medical certificates.