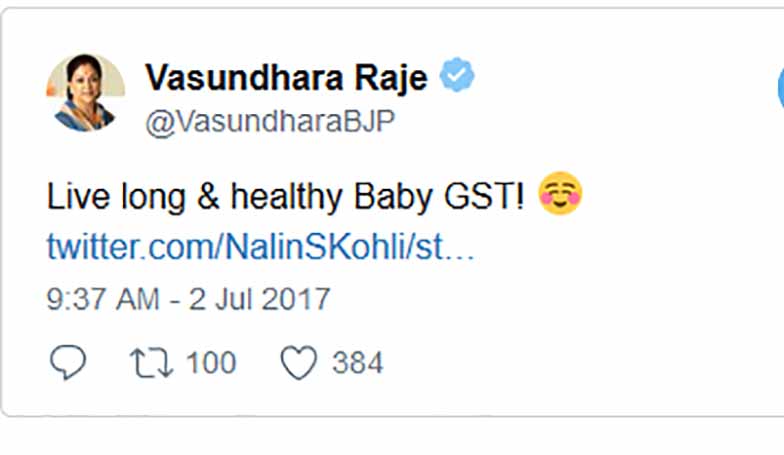 Jaipur: A man in Rajasthan has named his daughter ‘GST’.

Reason? Well, she was born exactly the same time when President Pranab Mukharjee and Prime Minister Narendra Modi were pressing a button in the Central Hall to launch the biggest tax reform of India.

Jasraj, a resident of Mahalaxmi street in Pali town of Rajasthan, was so excited over the launch of the tax reform that he decided then and there that he should name his daughter ‘GST’. 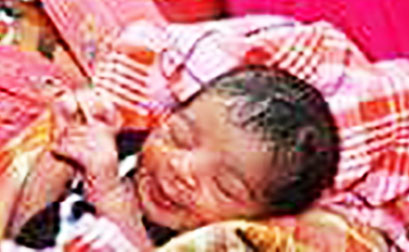 A baby girl was named GST by her father in Rajasthan as she was born the moment India’s biggest tax reform was being launched.

Jasraj’s wife was admitted in a government hospital in the town following labour pains.

Jasraj was pacing anxiously outside the labour room, casting occasional glances at the TV in the corridor, showing the launch of GST from the Central Hall.

His wife gave birth to twin exactly when GST was launched. One of them was a baby girl, while the other was a baby boy.

Jasraj was so elated over becoming the father when GST was being launched that he named his daughter ‘GST’.

He told media persons that even hospital staff was suggesting him the same thing.

“It’s her nick name. We would call her GST at home, but when she is grown up and gets admission in a school, we would give her a proper name,” said Jasraj.

The girl became the talk of the town since she was christened ‘GST’.

GST is being dubbed as the biggest tax reform in India.