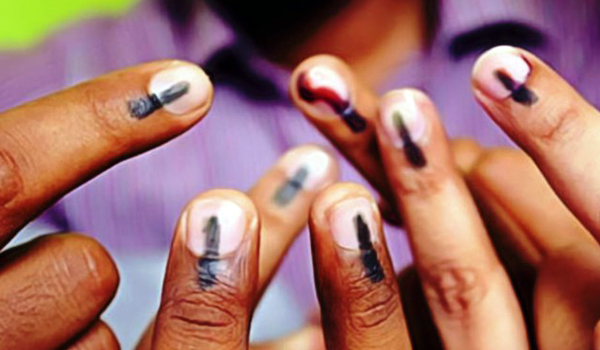 Jaipur: The BJP and Congress have released the names of all the candidates who will contest the upcoming Lok Sabha elections 2019 from Rajasthan except for the Dausa seat.

The BJP announced four names of their candidates from Rajsamand, Bharatpur, Karauli-Dholpur, and Barmer on Saturday. The suspense continues for Dausa seat. The party left the Nagaur seat for Rashtriya Loktantrik Party (RLP) leader Hanuman Beniwal after a coalition between the BJP and the RLP on April 4.

The Congress announced its complete list of 25 candidates on April 1.

The Congress has fielded Krishna Poonia from Jaipur Rural seat. She is an MLA from Sadaulpur and is commonwealth gold medalist. She has been pitted against BJP MP Rajya Vardhan Singh Rathore. Rathore is also an Olympic player.

The war on Jaipur seat is between BJP MP Ramcharan Bohra and Congress candidate Jyoti Khandelwal.

According to the party officials, Jyoti Khandelwal is the first woman to be fielded from Jaipur by the Congress in 48 years.

Here is the list of candidates of the BJP and the Congress and who is pitted against whom in Rajasthan for Lok Sabha polls 2019.