Dhurv Poddar had been kidnapped a week ago from his house in Sikar’s Fatehpur town. 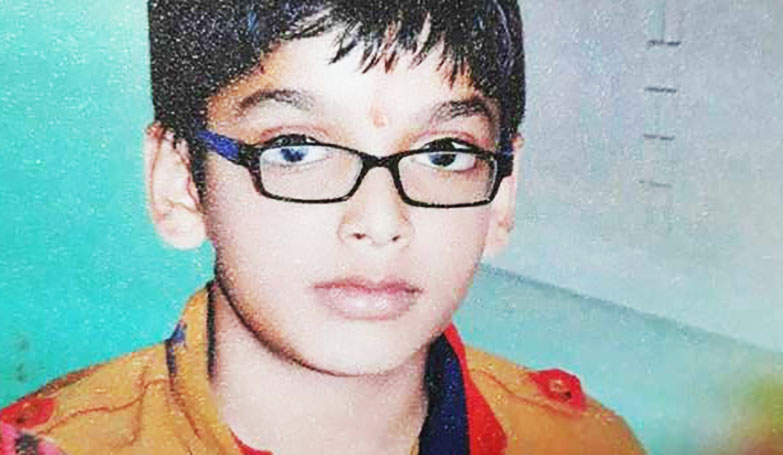 13-year-old Dhruv who was kidnapped from his house in Sikar's Fatehpur town.

Jaipur: Thirteen-year old Dhruv Poddar, son of a jeweller who was kidnapped from his house in Sikar’s Fatehpur area a week ago was rescued in Mumbai. The police have arrested the kingpin of the gang, 31-year-old Sajid Baig, for kidnapping the boy. Sajid kept the boy at the flat of his girlfriend, Halima Mandal, in Mumbai’s Bandra West area. When he drove Dhruv to Mumbai in his car, he changed the registration plates of his car several times to avoid detection.

Sajid is a civil engineer. He belongs to Fatehpur and was staying in Mumbai’s Bandra area. Sajid had demanded Rs 70 lakh ransom to release the boy. The police traced the call and arrested him from Bandara after rescuing the boy. Sources said that Sajid was living a luxurious lifestyle without any steady source of him. He had a debt of more than Rs 30 lakh and kidnapped the boy to pay this off.

Update: The Sikar police have reached Fatehpur with the boy and handed him over to his family members.

Sajid was produced in a Mumbai court. He would be brought to Rajasthan on transit remand. The police have detained four other men. Interrogation with them is going on. Those detained include two women.

Read Also: Rajasthan: 13-year-old son of a jeweller kidnapped from his house

The criminals carried out the kidnapping in a very planned manner. “They planned how they would kidnap Dhruv for a month,” said a police officer.

The boy was kidnapped on May 15 from his house in Fatehpur town. His father Lalit Poddar is a jeweller in Fatehpur.

Acting on their plan, Sajid came to Lalit’s house and gave a wedding card to Lalit’s wife Parvati. He said that he also needed to invite Parvati’s niece Ashwani who lived in another locality in Fatehpur.

Sajid claimed that he didn’t know the directions for Ashwani’s house, so he requested Parvati to send her son Dhruv with him. He promised he would drop the boy home after visiting Ashwani’s house. Unsuspecting Parvati let the youth take away the boy in his car.

When Sajid didn’t go to Ashwani’s house and took a detour, Dhruv became suspicious and started screaming. But he was made to inhale some substance and lost consciousness.

Sajid drove Dhruv all the way to Pune and then Mumbai. Sajid changed his car’s registration number plate several times to avoid detection.

He stayed in Bandra West, but he didn’t Dhruv to his place. Instead, Sajid took Dhruv to the flat of his girlfriend where he was kept hostage.

WSajid then called up Lalit and demanded a ransom of Rs 70 lakh. Sajid asked him to hand over the ransom in Kolkata. He threatened to kill the boy if the police were informed.

After tracing the call, three police team launched a massive search for the boy.

After tracing the call to Mumbai, Rajasthan police contacted their counterparts in Mumbai. The Mumbai police had also received complaints that a boy was being kept hostage against his wish in a flat.

A very planned operation carried out to rescue the boy from the flat.

When a police team reached Sikar with the boy on Tuesday, people burst firecrackers. People thanked the cops for their timely action.

The mother was crying in joy when she embraced the boy for the first time after he disappeared on May 15.