Chaudhary, without legally separating from his wife, was living with another woman and fathered a child, as per the reason cited for his dismissal. 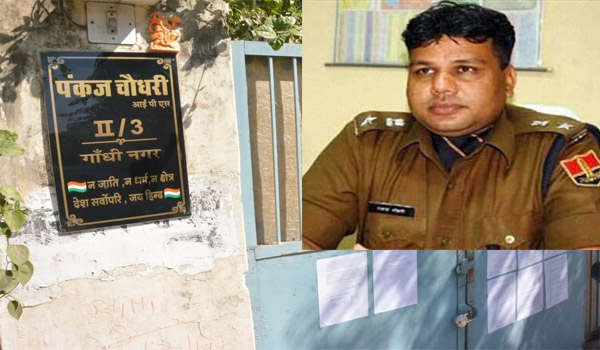 Jaipur: Rajasthan IPS officer Pankaj Kumar Chaudhary was terminated from his service due to the alleged grave personnel misconduct. He, without legally separating from his wife, was living with another woman and fathered a child, as per the reason cited for his dismissal. An order from the ministry of home affairs (MHA) dated February 19 was pasted outside his official residence at Gandhi Nagar in Jaipur on Wednesday.

The state government sent a detailed charge sheet report to MHA against the officer Chaudhary in the past.  The MHA than sent the report to the Union Public Service Commission (UPSC) on July 20, 2018. UPSC in an order dated November 5, 2018, requested dismissal of Chaudhary from his service to MHA. After the investigations, MHA dismissed the officer from his duty.

Pankaj Chaudhary is currently on leave and will come to Jaipur on Thursday. He said that he will oppose the dismissal in the court as the former state government put him in the wrong light before MHA and distorted facts.

The action has been taken due to mala fide intentions, added Chaudhary.

The MHA order stated that 2009 batch IPS officer Pankaj married Sudha Gupta on December 4, 2005, and legally separated from her on May 5, 2018. Between these years, he got engaged with another woman and fathered a boy child without legally separating from his wife. 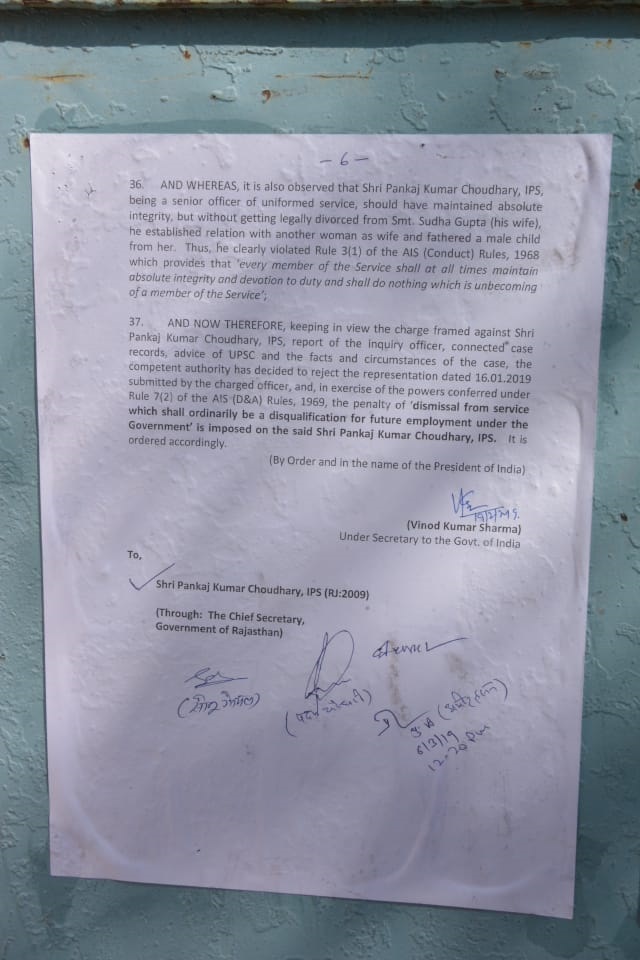 The order from MHA pasted outside the house of IPS Pankaj Chaudhary in Jaipur.

According to the officials, the accused officer has violated All India Service (Conduct) Rules 1968 and did not maintain absolute integrity during his service period.

Last year in a similar action, IPS batch 1989 officer ADG Indu Kumar Bhushan was compulsorily retired from his duty by the union government.