Vipin Chejara was the batch topper. The family members are clueless as to what caused him to take the extreme step. They didn’t rule out the possibility that he was under stress due to the pressure of studies. 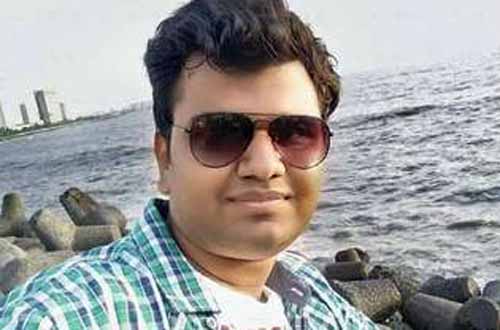 Jaipur: Vipin Chejara, a resident of Udaipurwati in Jhunjhunu district, had recently graduated from IIT Roorkee and was looking forward to doing internship with a private company in Jaipur. However he shocked his family members by allegedly committing suicide at his house in Udaipurwati on Saturday evening. Vipin (19) was found hanging from a fan in his room. The family members are clueless as to what caused him to take the extreme step. They didn’t rule out the possibility that he was under stress due to the pressure of studies.

Vipin was a resident of Ward Number – 5. He had completed his Bachelor’s degree in mechanical engineering from IIT-R. After completing his last semester, he had recently come to his native place to spend some time with the family. He was planning to do internship and was to leave for Jaipur on Sunday. The family members had his luggage packed.

He locked himself inside a room around 9 pm on Saturday. His family members knocked on the door, but got no response. Father Rajesh Chejara somehow managed to break open the door and was shocked to find his son hanging from the fan. With the help of the neighbors, he got the boy down and rushed him to a hospital where doctors declared him dead.

According to the preliminary reports, Vipin’s uncle Srikant Kumawat has told the police that the boy was depressed over the pressure of studies. The family members said that he was the batch topper.

The police have handed over the body to family members after a postmortem examination on Sunday morning. The family performed the final rituals.

“His family members have told us that he had always been a topper in studies. It’s still unclear as to what caused him to take the extreme step. The investigation is going on,” said the officer.