Video showing the man counting bundles of notes in front of a crowd goes viral. 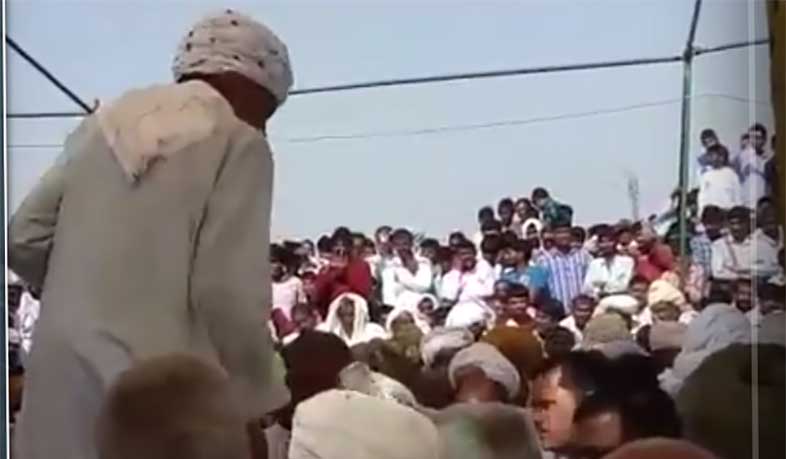 Image grabbed from a video that went viral on social media channels.

Jaipur: The income tax department has served a notice on a tea stall owner who reportedly paid a dowry of nearly 1 crore for the wedding of his six daughters in Jaipur district. A video went viral on social media channels showing the tea seller counting bundles of currency notes in front of villagers and local community leaders in Rajasthan’s Kotaputali area near Jaipur recently. He was paying this money as dowry to the family members of the grooms.

The notice has asked Leela Ram Gujjar to be present before  the income tax officials before April 12 with an explanation as to how he amassed such a huge amount of money in cash. He has been asked to produce documents explaining the source of money.

The alleged incident took place in Hathoda village in Kotputali area on April 5. Gujjar belongs to a nearby village Rampura. He runs a tea stall in Alwar’s Bhiwadi.

Gujjar had married off his daughters, four of them minors.

Community leaders and villagers gathered after the wedding when rituals of Vidai (also known as Bidai when bride bids farewell to her family) were being performed.

In front of the crowd of villagers and community leaders, Gujjar allegedly counted bundles of notes that he was giving to the family members of grooms in dowry.

After the video went viral, police and district administration officials launched an enquiry, but the family members of the brides reportedly disappeared.